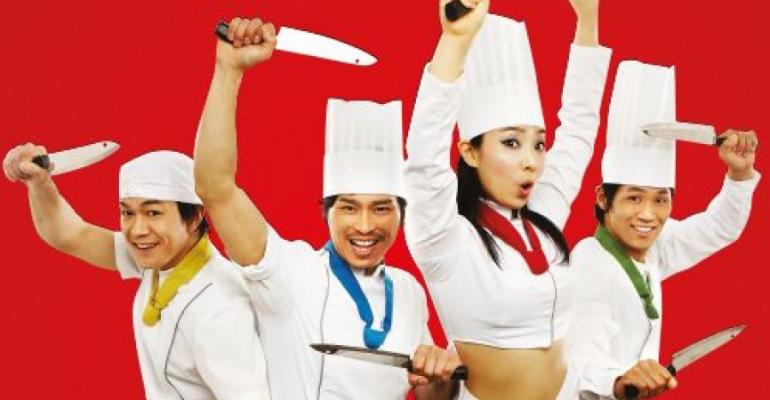 The musical follows three chefs told to prepare a banquet in just one hour by their hard-nosed manager. His incompetent nephew on the cooking staff adds to the complications.

The chefs beat, tap and drum their way around the kitchen, chopping furiously and sending food flying in an energetic performance that combines percussion with samul nori (traditional Korean music). ‘Nanta’ means to strike relentlessly and throughout this non-verbal theatrical performance, music is produced from Korean water drums and improvised instruments like pots, whisks and carving knives.

Aboard SuperStar Gemini, passengers may get to step on stage during the show. Otherwise, they will have the chance to meet the 'NANTA' cast, and photo booths set up like kitchens will be available for pictures.