Star Cruises weighs regular sailings to Australia and the Pacific 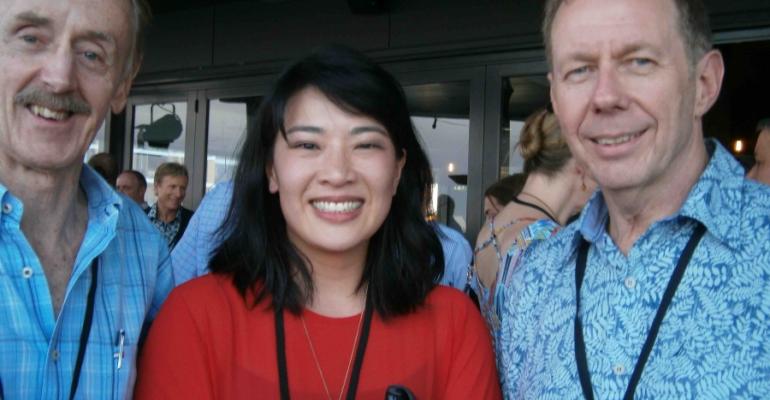 Genting Hong Kong is considering sending a ship from Hong Kong on cruises to Australia and the Pacific, Michael Hackman, evp marine operations and new ship building, told delegates at the 2015 Cruise Down Under conference in Darwin.

He said the company has realised this itinerary is too long for the Chinese market and is selling it in segments.
Hackman, an Australian who has been made a life member for his services to the Royal Flying Doctor Service, said the trend is to build larger ships for the Chinese market, with more balconies, hot and cold water spas and connecting cabins for multigenerational families.
He said the Chinese cruise market is constrained, not by a lack of demand, but a lack of capacity. This is why the Chinese will buy fly-cruises.
‘There will be no other choice for them because of a lack of cruise ship capacity in their region,’ Hackman said and noted the huge increase in Chinese airlines entering the United States and the UK.
‘We will need 50 or 60 cruise ships in China within 10 years,’ he said, adding that the Kai Tak Cruise Terminal is not big enough, even if it eventually expands to take three ships.
According to Hackman, the Chinese market grew 79% in three years up to 2014. By 2020 the number of cruise passengers in China will reach 1.6m.
He said the Asian market provided 1.4m passengers in 2014 and this will grow to 3.5m in 2017 and that Asia eventually will take over from North America as the world’s biggest source market.
Hackman said Star Cruises is also planning to go back to India in the future and that another ‘sleeping giant’ is South America.
Copyright © 2022. All rights reserved. Seatrade, a trading name of Informa Markets (UK) Limited.
TAGS: ports & destinations cruise lines events associations source markets
0 comments
Hide comments
Related