A star on Hollywood Boulevard for 'Love Boat' cast and Princess 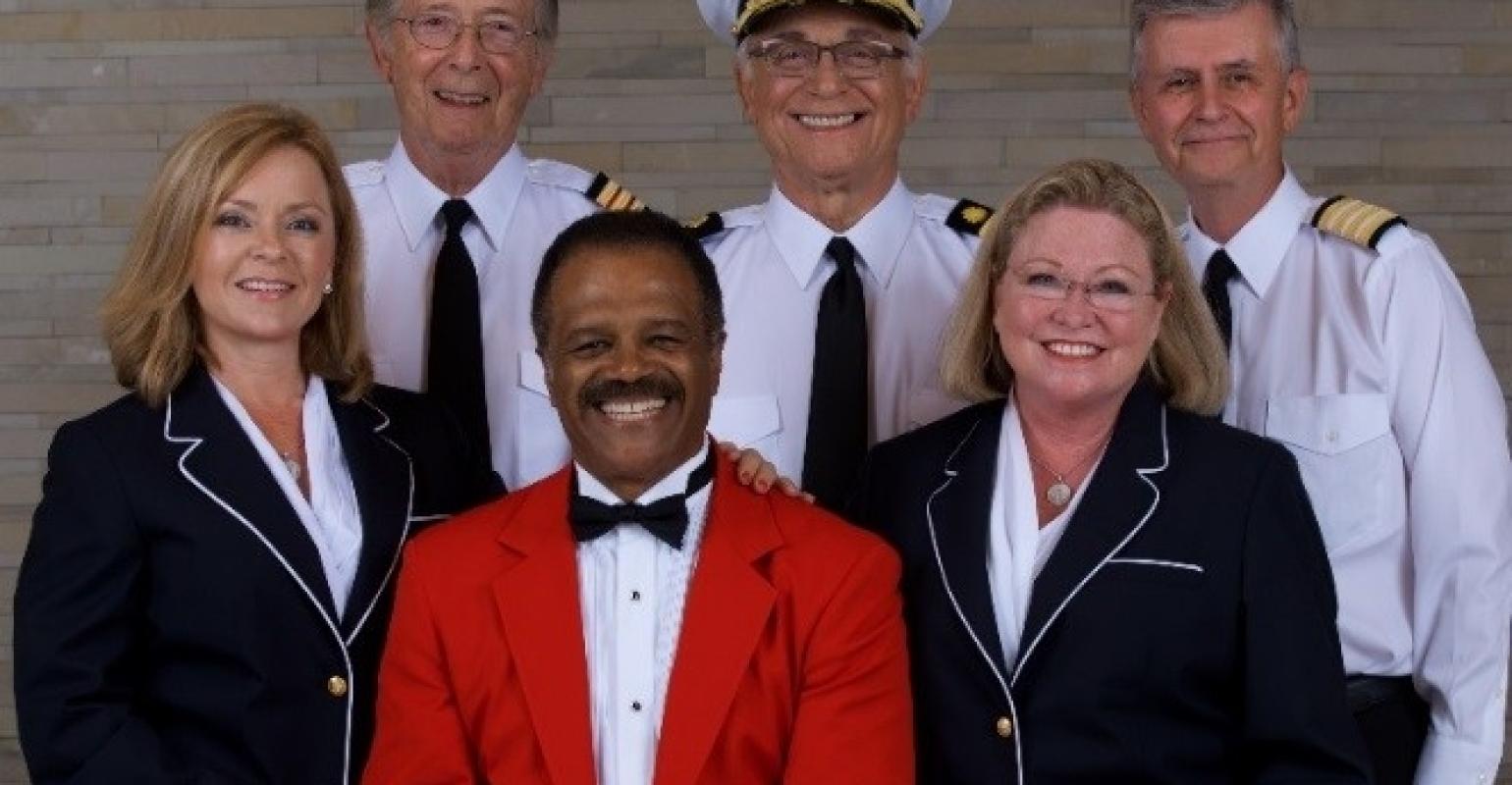 From left, cast members Jill Whelan (Vicki), Bernie Kopell (Doc), Ted Lange (Isaac), Gavin MacLeod (Capt. Stubing), Lauren Tewes (Julie) and Fred Grandy (Gopher) will be honored at a May 10 ceremony
'The Love Boat' has had a lasting role in television and popular culture, while also serving as an early popularizer of cruising.

Just over 40 years ago, in May 1977, this new television show premiered, set aboard a cruise ship, featuring stories of romance, hijinks and adventure on the high seas involving characters portrayed by Hollywood stars.

The original ensemble cast along with ocean-going co-star Princess Cruises will be honored by the Hollywood Chamber of Commerce with a star on Hollywood Boulevard.

May 10 ceremony at the Dolby Theatre

'What an unexpected thrill for our cast to be honored with Princess Cruises on Hollywood Boulevard!' said MacLeod, a 30-year brand ambassador for Princess Cruises. '"The Love Boat" offered us many opportunities to see the world, create lifelong friendships and, of course, introduce the joys of cruising. People still approach me and say that the show gave them something to dream about—falling in love, finding happiness—all while sparking the desire to travel.

'Now, more than 40 years later,' he added, 'cruising is a vacation option for everyone and the growth of the industry just proves that dreams really do come true.'

In the mid-1970s, television producer Douglas S. Cramer, who had created the popular television series 'Love, American Style,' decided to transplant his comedy vignette series from its studio setting to a modern cruise ship. The resulting 'The Love Boat' has been widely credited with introducing millions of viewers to the concept of a cruise vacation, helping fuel the industry's growth.

'We’re proud to welcome the original cast of "The Love Boat" and Princess Cruises as Friends of the Walk of Fame, recognizing their contribution to the history of television and support for the preservation of the Walk of Fame,' said Leron Gubler, president and CEO of the Hollywood Chamber of Commerce.

After the 1977 pilot show, shot aboard the line's original Sun Princess in Mexico, Cramer teamed up with top television producer Aaron Spelling and 'The Love Boat' went on to phenomenal success, continuing for 10 seasons until 1987 as one of the highest rated, prime-time television shows in the country.

Princess soon became a household name as the primary setting and co-star of the popular series, and continues to be known as the 'Love Boat' line today. Pacific Princess and Island Princess were the two original ships but as the show grew in popularity it was filmed aboard many Princess ships at exotic destinations around the globe.

'The Love Boat' cast reunited in late 2014 to collectively serve as the godparents for Regal Princess during naming festivities at Port Everglades. A number of guest stars from the show were also on hand.

The original series is currently in worldwide syndication, having been translated into more than 29 languages, and is viewed by millions of fans in more than 93 countries. Episodes are available on MeTV, Memorable Entertainment Television.