Star Pride back in action after six-month gap 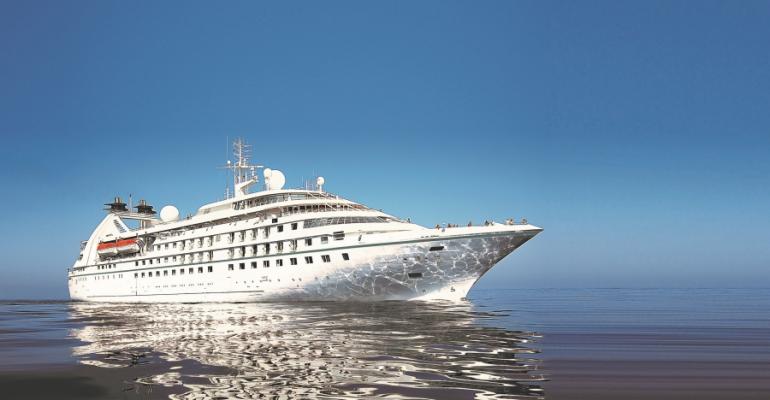 Star Pride - $4.5m brought the yacht up to the standard of sister vessels Star Breeze and Star Legend

Star Pride resumed service with $4.5m in interior upgrades and following repairs after its grounding off Panama Dec. 22, when the ship sustained hull damage.

Sailings initially were canceled through early April. Windstar Cruises then executed interior improvements to bring the ship up to the standard of sister vessels Star Breeze and Star Legend.

The work included a complete renovation of two exclusive owner’s suites featuring enhancements to an expansive private deck that commands a sweeping view over the yacht’s bow. Other enhancements were nautically-inspired remodeling of public spaces and dining venues.

Built in 1988 as Seabourn Pride, the 9,975gt Star Pride was the first of the three original Seabourn yachts to join the Windstar fleet. Its refurbishment at the time was not as extensive as that of Star Breeze and Star Legend.

'We are extremely pleased with the extensive yacht refurbishment of Star Pride and are excited to be welcoming guests aboard in Windstar’s private yacht style as the Mediterranean cruise season gets under way,' said Andrew Todd, president and ceo, Xanterra Parks & Resorts, Windstar's parent company.

Plus, all suites on the yacht received stylish new coffee tables, and new flat-screen televisions. Sofa beds were added in the living rooms of 12 suites that now offer triple accommodations.

Stairways and hallways throughout were redone in Windstar blues and earth tones. New carpets and tile flooring were added to stairwells and all indoor public spaces.

The Veranda restaurant, aft, was opened to add a 180-degree ocean view and outdoor seating was expanded into a new courtyard area, complete with a virtual garden wall. The main dining room, AmphorA Restaurant, completed its redesign with new flooring, wall coverings, lighting and seating layout. A restroom was added adjacent to the entrance.

The top outdoor deck was expanded by four feet on each side, giving additional space deck chairs. The Star Deck also added a new counter-current pool and whirlpool.

The Library was updated with softer colors, new furnishings and new artwork, while the card room transformed into the Star Screening Room offering movies and video games.

The Fitness Center got a new layout, new flooring, wall coverings and window treatments for a cooler and more refreshing wellness atmosphere.

Star Pride sailed from Piraeus June 9 on a new seven-day round-trip itinerary, 'Treasures of the Greek Isles,' which calls at Nafplio, Mykonos, Santorini, Patmos, Monemvasia and Turkey's Kusadasi. A second departure is set for Sept. 4.

Star Pride will sail throughout the Mediterranean this summer on itineraries including 'Classic Italy & the Dalmatian Coast' and 'Glitter & Glam of the Rivieras.' In October the yacht will cross the Atlantic to sail several Caribbean cruises, including 'Best of the ABC Islands' and 'Jewels of the Windward Islands.'

In December, Star Pride embarks on 'Costa Rica and Panama Canal' cruises until early March, when it returns to the Caribbean for three cruises. After repositioning to Europe, the yacht will sail the Mediterranean and Northern Europe, including cruises 'Around Iceland,' 'Lands of the Midnight Sun,' 'Best of Europe's West Coast' and 'Gaelic Explorers.'