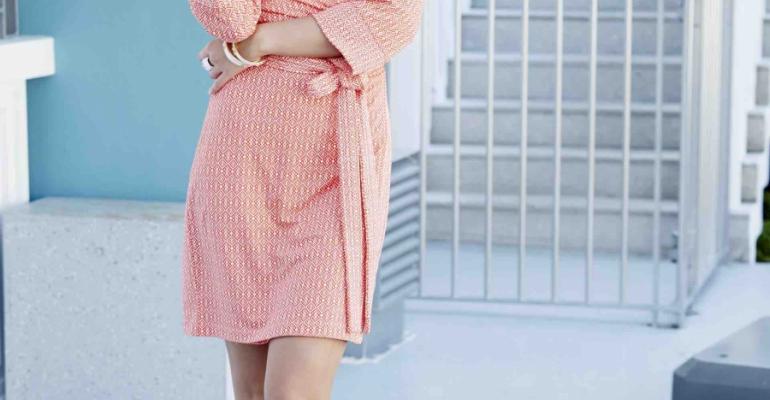 The partnership was announced as part of the 150th anniversary of Spiegel, the iconic women’s fashion retailer, which bought Newport News in 1993. The resort-wear collection, designed by Richard Lowe, will be on ships in October.

According to Lowe, it offers vibrant prints, elaborate beading and striking silhouettes that will distinguish it from other resort wear.

'We are always seeking to offer the most fashion-forward, affordable and exclusive choices to our millions of cruise guests and Newport News is one of the most desirable brands we could have chosen,' said Patrick Gates, Starboard Cruise Services’ chief merchandising officer.

Newport News has been supplying millions of customers with its signature 'easy style' collections for more than 40 years. Known for innovation and affordability, the company originated such programs as 'Build Your Own Bikini' and 'One Price Fits All.'

Newport News also was instrumental in introducing some of the most successful models and actresses to the American public. Claudia Schiffer, Heidi Klum, Janice Dickinson, Yasmine Bleeth and Yamila Diaz are examples of those who have graced the covers of Newport News catalogs.

The company will be featured in ship brochures, and original archives from Newport News will travel aboard select ships. Fashion events and celebrity appearances will round out the Spiegel anniversary celebrations.