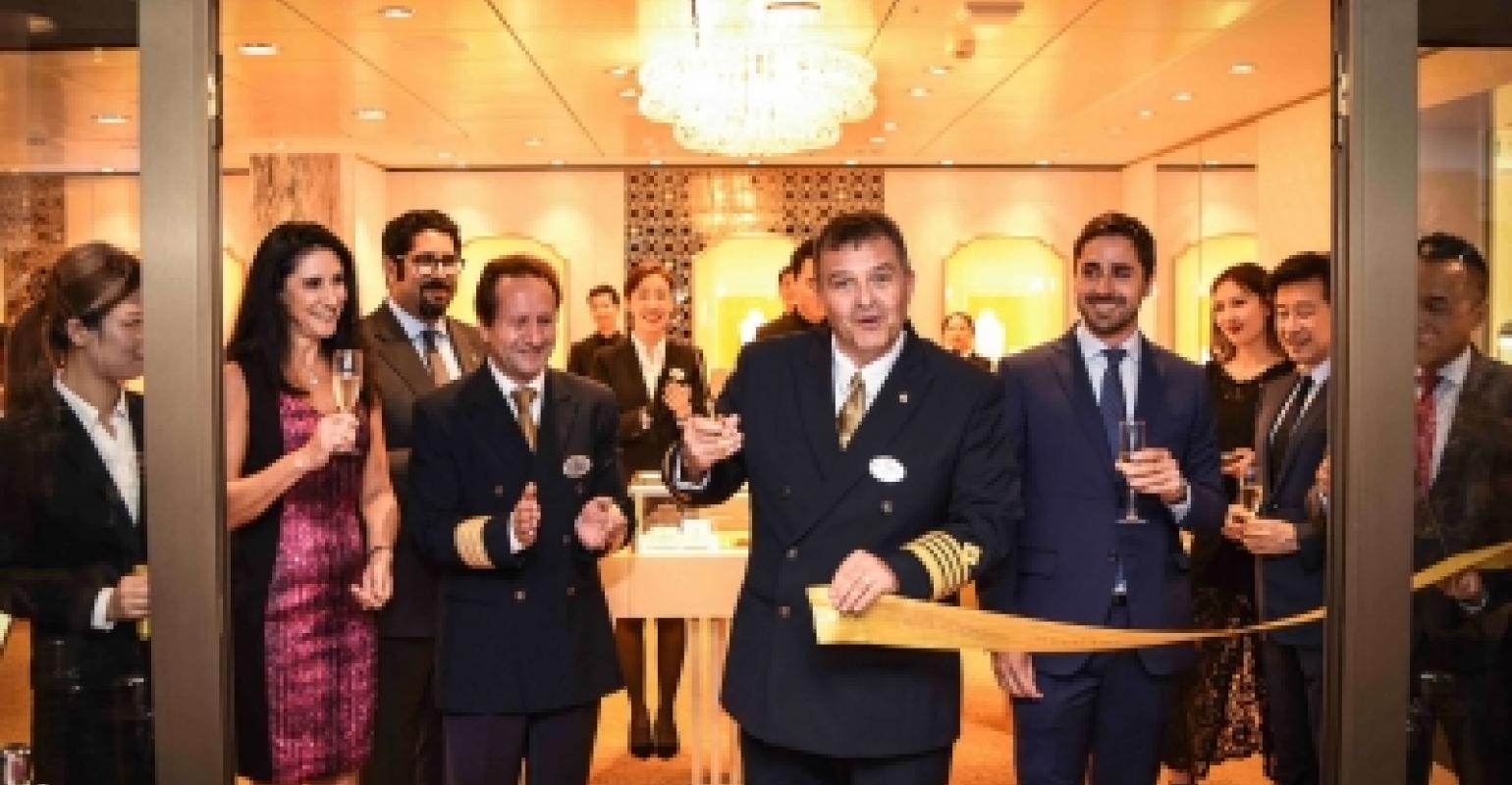 Spectrum of the Seas, which began service from its new Shanghai home earlier this month, sports an 890-square-foot Bvlgari boutique, the largest ast sea in Asia.

The boutique springs from the nearly 20-year partnership between retail provider Starboard Cruise Services and Royal Caribbean International. Starboard has collaborated with Royal Caribbean on three ships in the region.

'Similar to Royal Caribbean, which is celebrating its tenth anniversary in Asia, Starboard has more than a decade of cruise retail experience in the region,' said Derek Wong, Starboard’s VP & general manager, Asia. 'Our alliance is uniquely suited to offer guests the exceptional experiences they seek in this increasingly important market.'

Starboard created almost 8,000 square feet of retail space on board Spectrum of the Seas.

Besides Bvlgari, other luxury spaces include Tiffany & Co. and Omega boutiques, as well as a Cartier Espace.

Also included are international brands that are especially sought after by the Asian market such as Salvatore Ferragamo, Michael Kors, IWC and Jaeger-LeCoultre.

The Boutique for Golden Suites guests

For the first time, Starboard introduced The Boutique, a shopping area for passengers staying in the ship’s Golden Suites. There, they can book shopping experiences with a retail specialist or host for a look at merchandise in a luxurious setting.

Spectrum of the Seas carries Marc Jacobs and Titoni of Switzerland, two brands that are new to the Royal Caribbean fleet. Other firsts-at-sea in Asia include Breitling and Jo Malone.

Spectrum of the Seas will carry Asia’s largest collection of exclusive Royal Caribbean branded merchandise when the assortment debuts in August.

Starboard created events to bring brands and products to life. For example, 'Cartier Grooms' showcases Cartier’s world-famous uniformed 'Groomsmen.' Guests receive an exclusive co-branded Spectrum of the Seas/Cartier postcard that can be brought to the Cartier shop and mailed from a Cartier-branded mailbox.

And the 'Omega Seamaster Event' lets participants unlock the mysteries of Omega’s new Seamaster Diver 300M where they can feel like VIPs, walk Omega’s blue carpet and pose for photos in front of the Omega-branded backdrop.