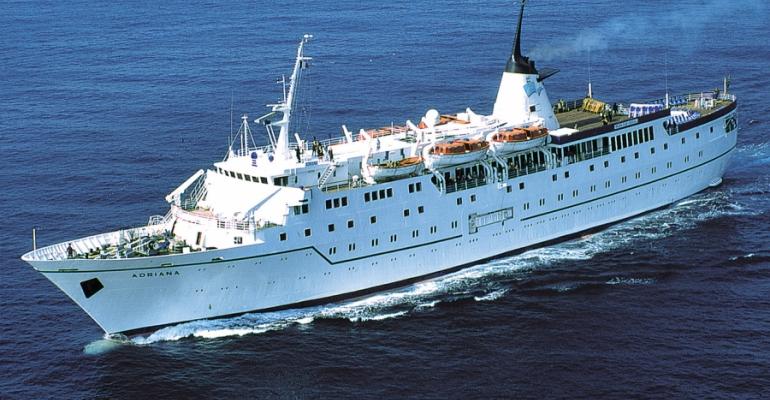 A new cruise brand, offering two and five night cruises to the southern Caribbean out of Port of Spain, Trinidad is due to be launched on July 31, according to its president.

Henry Yaniz says that West Indies Cruise Line will be the first to be based in the Caribbean island and will deploy the 6,000gt Adriana for an initial season to January 2016.

The ship, which was built in Greece in 1972 for Yugoslav owners, has 142 cabins for a total capacity of 350 guests.

Adriana flies the flag of Saint Kitts and Nevis, and is currently owned by Russian businessman Sergei Ponyatovsky, chairman of INFLOT Worldwide.

The project fulfils one of the objectives identified at the recent Seatrade Caribbean Cruise Forum in Tobago in a keynote address by the Hon Richard Sealy MP, minister of tourism and international transport Barbados & chairman of the Caribbean Tourism Organisation, to establish a cruise operation home ported in the Caribbean.

Yaniz says that the product will be sold primarily in the Trinidad market as well as in Grenada and Barbados, in the initial stages, with a target per diem of $160. General sales agents in each of these islands will be announced shortly.

Adriana has been operating cruises in the Black Sea for the past five years, but was transferred out of the region as a result of conditions in the Ukraine.  The ship is managed by Pacific Naval Register, based in London and the crew is predominantly Ukranian nationals.

'Our ship is of classic cruise ship design, with unusually large cabins, open seating dining, and with a small casino and spa’, says Yaniz.  He believes that demand will be strong for a product which offers “no visa” cruise options to local consumers who currently have to fly to Florida to board a cruise ship.

The Seatrade Caribbean Cruise Forum was organised by Seatrade in close association with the Tobago House of Assembly on May 13 and 14 this year.