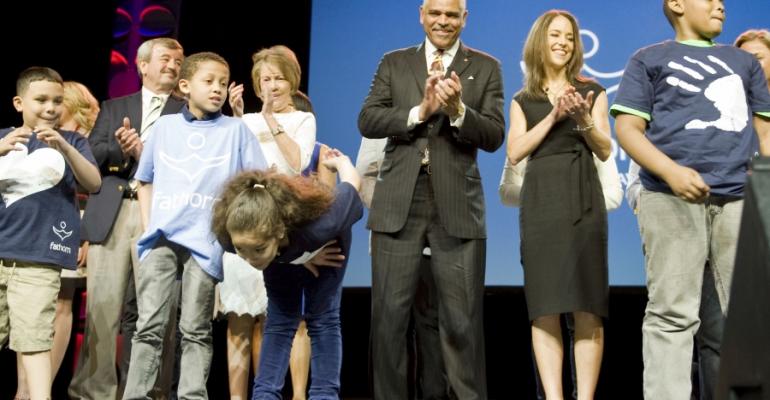 Arnold Donald and Tara Russell are pictured at the launch of Fathom last year. The one-ship brand has been awaiting approval from Cuban authorities to begin service to the island in May (Photo: Carnival Corp.)

Carnival Corp. is poised to announce 'significant news' about travel to Cuba.

CEO Arnold Donald and Tara Russell, president of Fathom, the Carnival Corp. brand that awaits Cuban officials' approval for cruises to the island, scheduled to start in May, are speaking to media late Monday afternoon.

Their news conference comes during President Obama's historic trip to Cuba, the first by a sitting US president in nearly nine decades.

A company official confirmed Donald and Russell are among a small Carnival Corp. delegation currently in Cuba.

Fathom would deploy the 704-passenger Adonia on round-trips from PortMiami to Havana, Santiago de Cuba and Cienfuegos, with departures every other week and highly structured people-to-people cultural exchanges on-island. On alternate weeks, the ship is scheduled for a Dominican Republic program focused on volunteering for a number of social impact projects.