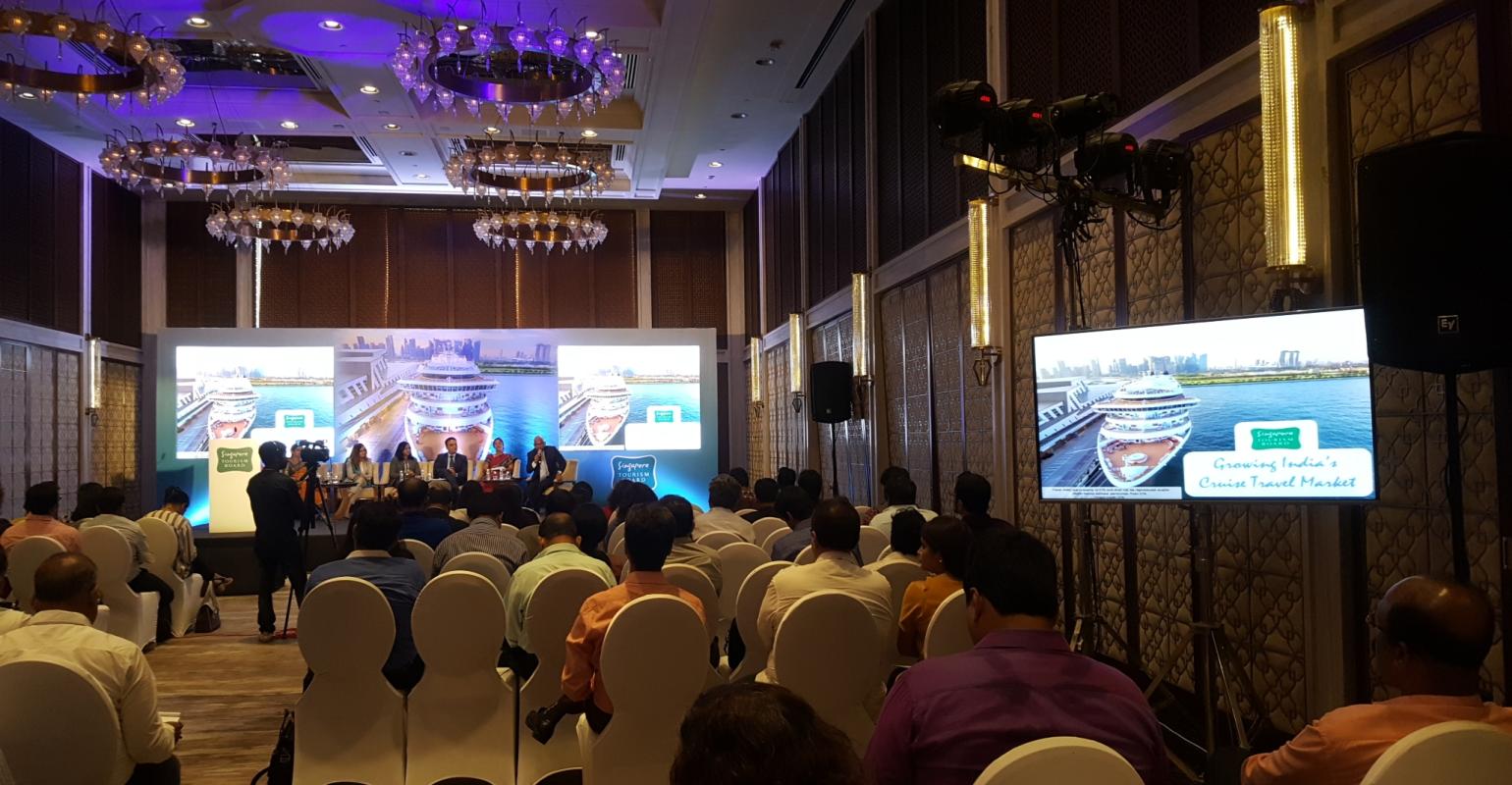 Singapore continues to work at harnessing the immense potential that the Indian outbound cruise market holds for it and Southeast Asia.

India’s cruise market is also is the youngest in the world with an average passenger age of 37, and continues to grow with more now coming also from tier-two and even tier-three cities.

Given these figures, the Singapore Tourism Board (STB) continues to champion efforts to develop the increasingly enthusiastic cruise market in India.

STB organized the second edition of its India Cruise Forum in Mumbai, on March 30.  The forum kicked off with some 100 travel agents being encouraged to dance along to a hit song from a blockbuster Bollywood movie which was partly shot in Singapore.

Indians have been long aware of Singapore, and this was something travel agents can leverage on, they were told.  But is is an uphill task to help and empower agents to help convince customers to take cruises over land holidays.

To address this key issue, STB brought in Peter Kollar, head of international training and development, at Cruise Lines International Association (CLIA) to offer accreditation to Indian travel agents for the first time.

Annie Chang, director, cruise, STB,  said  STB goes around the world talking to cruise lines, asking them to bring their ships not just to Southeast Asia, which has ten countries and many ports of call,  but India as well.

‘Together we can do so much more!’ is her mantra and she highlighted southeast Asia offers more options to diversify itineraries, when there is geopolitical unrest in North Asia, for instance.

STB’s regional director G.B Srithar, added, ‘According to a consumer survey conducted in Mumbai, 34% of young Indian families are willing to spend between 100,000  and 200,000 INR on a cruise holiday and 98% of 500 travellers surveyed  were open to a cruise from Singapore. Increasing connectivity, with more airlift from main cities and second-tier cities is also giving a boost.’

Despite there being little cruise infrastructure development in the country, Indians are excited to go abroad and explore, he explained.

‘Singapore and Dubai can be considered India's homeports,’ he said echoing the sentiments of many present.

Opportunities like the deployment of  Dream Cruises’ Genting Dream  out of Singapore in December will help grow opportunities in the region, he predicted.

Naresh Rawal, vp sales, Genting said  the company has had much success with the Indian market  for sailings out of Singapore over the year . ‘We had requests to have a larger ship out of Singapore and Genting Dream answers this call,’ he said.

Anita Raja, regional manager South India, TIRUN Travel Marketing reported that many Indians will join Royal Caribbean International’s ex-Singapore 2017/18 sailings totalling 72 on Mariner of the Seas, Ovation of the Seas and Voyager of the Seas.

‘For this reason ships that are based in a nearby country that offers hassle free visas, work.’