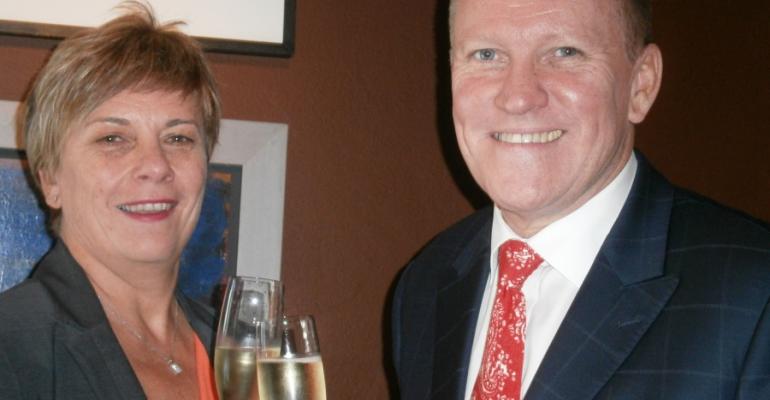 Given Silversea's Italian heritage, Buon Ricordo, Italian for ‘good memory’ where patrons are recognised when they go a second time, was a fitting venue.

Armando Percuoco, who worked in his family restaurant in Naples when he was 14, opened Buon Ricordo, a landmark for classic Italian food, 27 years ago. The author of several Italian cookbooks and a founding member of the Council of Italian Restaurants in Australia, Percuoco has numerous awards including Insegna del Ristorante Italiano, an ‘emblem of excellence’ for his contribution to Italian food outside of Italy.

Odell, who opened Silversea’s Sydney office in 2001 with a staff of one, which now has 23, recalled how the Lefebvre family of Rome pioneered all-inclusive cruising when Silver Cloud sailed from Rome in 1994.

He said Australia is the No. 3 market worldwide for Silversea, but is fast catching up with the UK to become No. 2.

He said 20th anniversary celebrations have already been held in London, Venice and Monaco, with Hong Kong and Tokyo to follow.