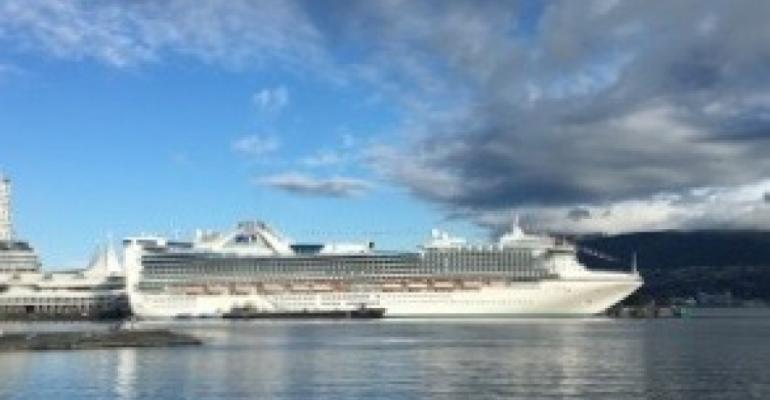 Port Metro Vancouver expects approximately 830,000 passengers, a 3% increase over 2015, during its just-opened cruise season. Star Princess on Monday became the first to arrive at Canada Place in a season with 228 calls.

Highlights this year include the return of Crystal Cruises, with eight sailings on Crystal Serenity expected to bring more than 13,000 passengers. Crystal last homeported in Vancouver since 2005.

Ponant’s Le Soléal will visit for the first time on June 18.

The results of a joint passenger survey in 2015 by Port Metro Vancouver, Tourism Vancouver, Destination BC and Vancouver International Airport indicated more international passengers are cruising to the port, boosting economic impact in the region.

The Vancouver cruise industry stimulates more than $2m in economic activity for each ship call.

Concerning the 30th anniversary of Canada Place, according to Port Metro Vancouver's Robin Silvester, president and ceo, Holland America was the first to use the terminal, on April 28, 1986.

'We value our partnership with Holland America Line very highly, and look forward to continuing to build on this great relationship for many years to come,' Silvester said.

'Our guests rank Vancouver among their favorite cities, and the ease and convenience of the port make it all the more popular,' HAL president Orlando Ashford said.

In collaboration with the cruise industry and BC Hydro, the port authority continues working to increase the use of shore power by cruise ships. Since inception in 2009, the shore power installations at Canada Place have reduced greenhouse gas emissions by 14,000 tons.