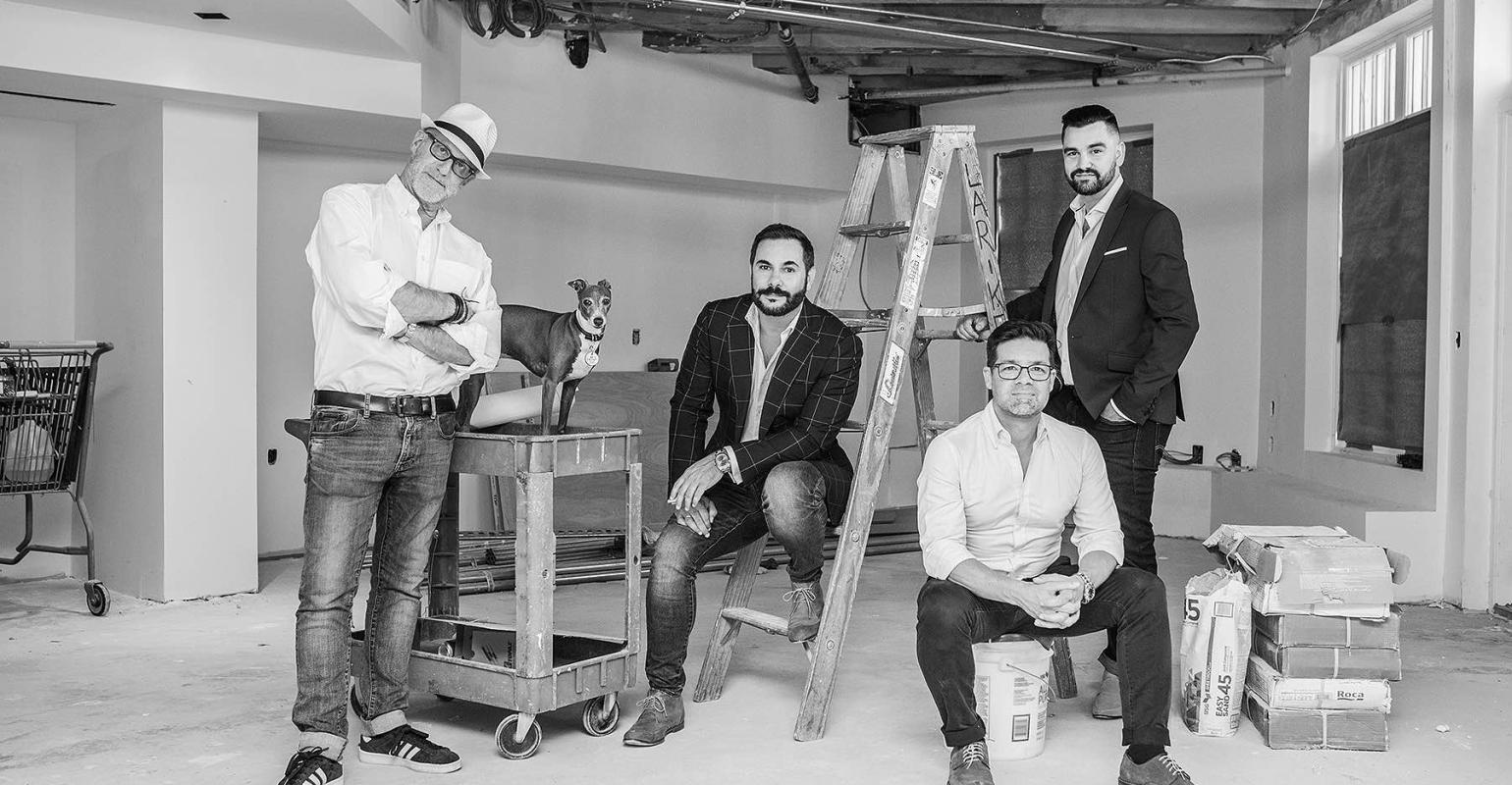 Studio DADO's founders inside their new office space, scheduled for completion at the end of June. From left, Greg Walton, Yohandel Ruiz, Javier Calle and Jorge L. Mesa (click to enlarge)
Studio DADO—founded less than two years ago by four seasoned architects with a strong portfolio of cruise work—has blossomed into a team of 14. They'll soon move into new offices in Coral Gables (Miami).

Roll of the dice pays off

In late 2016, Greg Walton, Yohandel Ruiz, Javier Calle and Jorge L. Mesa—all previously with CallisonRTKL—started their own firm, housed in a South Beach apartment. They called it 'DADO' after the word for 'dice' in Italian, Spanish and Portuguese, to reflect taking a gamble in starting a new business. But they were confident, too, backed by a combined nearly 60 years of expertise in cruise ship design.

Their gamble paid off, and the now 14-strong team is preparing to move into their new Coral Gables office in Puerta Del Sol at Douglas Entrance, a historically designated location that’s close to clients and other design firms.

Studio DADO attributes its success to a growing industry, the firm's solid reputation and a penchant for problem-solving that looks beyond design and considers operations and revenue implications.