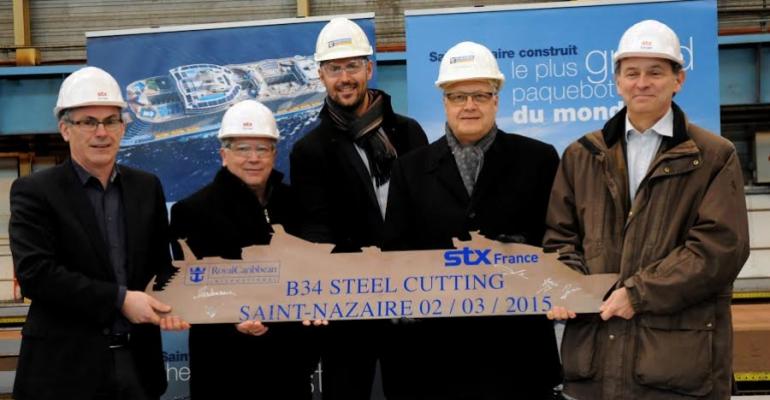 The third Oasis-class ship is also being built at STX France, to be delivered in mid-2016.

Details of the two vessels will be revealed in the coming months, Royal Caribbean said.