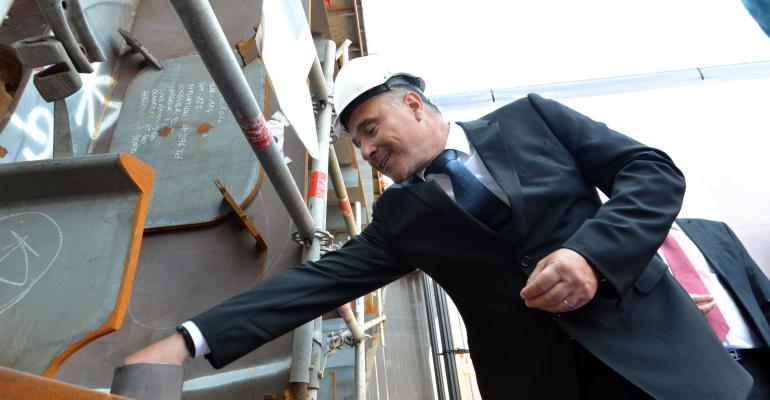 The 875-ton keel block for Celebrity Edge was lowered into place in the building dock today during festivities at STX France in Saint-Nazaire.

Capt. Costas Nestoroudis was among those placing a 'lucky' coin before the block was lifted into position.

The keel-laying comes less than a week from the next Celebrity Edge reveal, which will announce another major element of the ship and more of its world-class design team. The reveal is scheduled for the night of June 27 in New York.

A cover story on how Celebrity keeps its design edge is featured in the latest edition of Seatrade Cruise Review, just out.