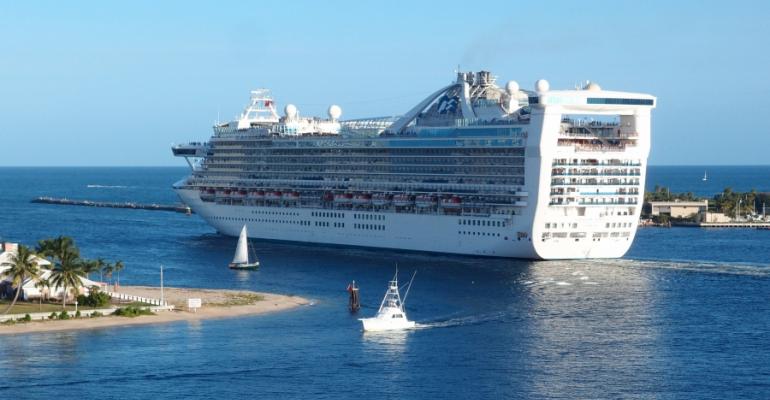 It has been a record fiscal year for the port, with $153m in revenue, 1m TEUs and 4m passenger moves.

'These are terrific milestones. The key now is to continue moving forward with our infrastructure plans since we know that ships are only getting larger and facility needs are greater,' said Port Everglades chief executive and port director Steven Cernak.

The South Florida cruise port, consistently ranked among the top three in the world, also bested the 4m mark in 2004 with 4,075,406 passengers, but with fewer multi-day passengers at 2,675,296. In 2004, several ships were diverted to Port Everglades from other ports that suffered hurricane damages.

Eight cruise lines, one ferry and more than 40 cruise ships sail from the facility, which last week hosted the inaugural festivities for Regal Princess.