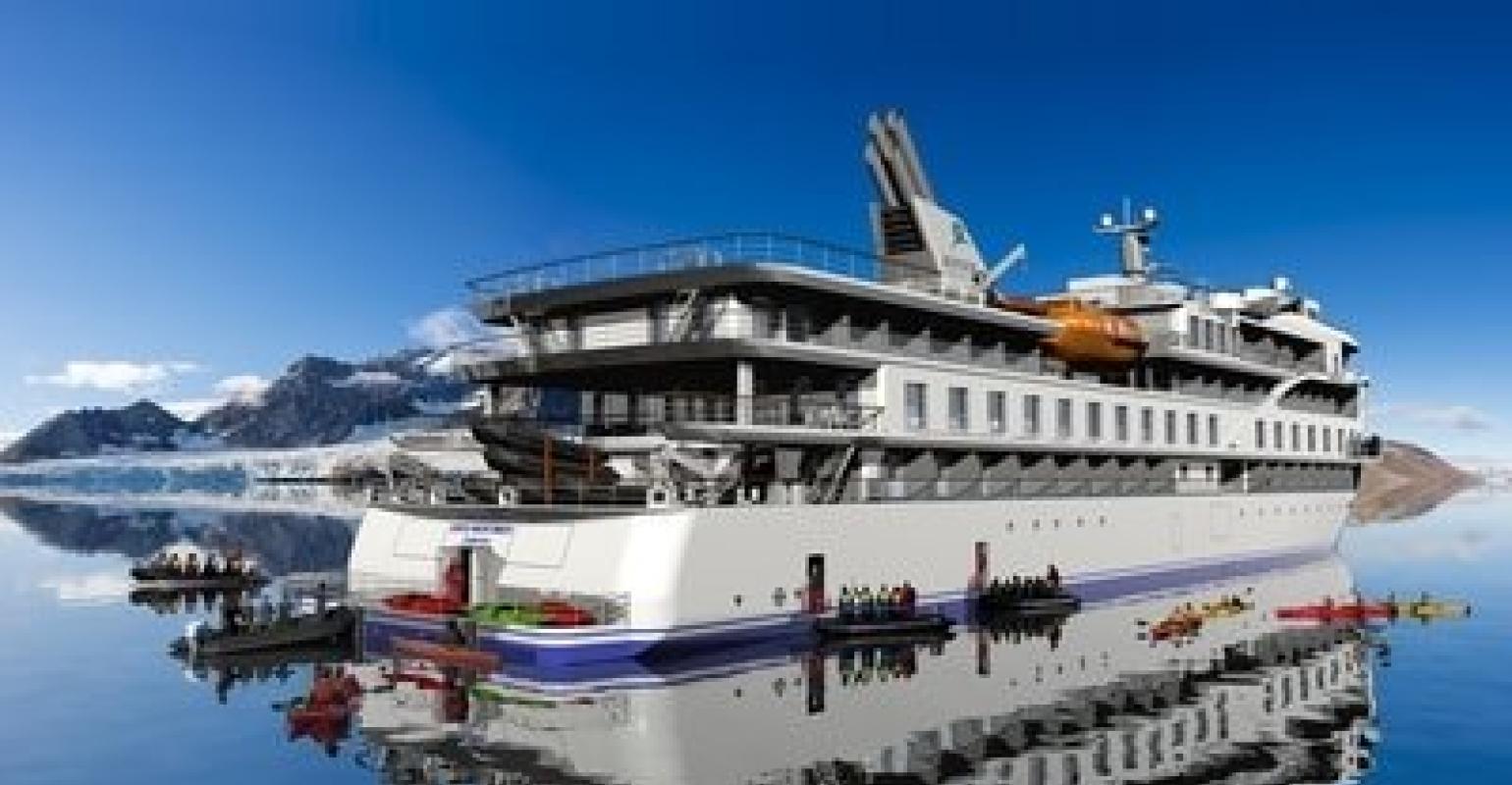 Facilities for Zodiac excursions and space for 20 Zodiacs

SunStone's third newbuild will sail for Victory in summers, Albatros in winters

The third Infinity-class expedition ship being built in China for Miami-based SunStone Ships will sail for Victory Cruise Lines in the (northern) summers and Albatros Expeditions in winters (austral summers), Seatrade Cruise News has confirmed.

Ocean Victory is scheduled to start cruising from Ushuaia on Dec. 22, 2020, according to Niels-Erik Lund, president and CEO, SunStone Ships.

That is earlier than the originally scheduled delivery by China Merchant Heavy Industries.

Denmark's Albatros Expeditions fields the 198-passenger Ocean Atlantic in Antarctica and the Arctic.

Ships in the Infinity class have Ulstein's patented X-BOW design, zero-speed stabilizers and dynamic positioning, and will be built to Polar Code 6 (Ice Class 1A).

The 104.4-meter Ocean Victory will have capacity for 200 passengers in 93 suites, 68 with balconies, nine with French balconies and 16 with panoramic windows.

The first Infinity-class ship, Greg Mortimer, has been chartered to Australia's Aurora Expeditions. The charterer for the second ship has not announced itself.