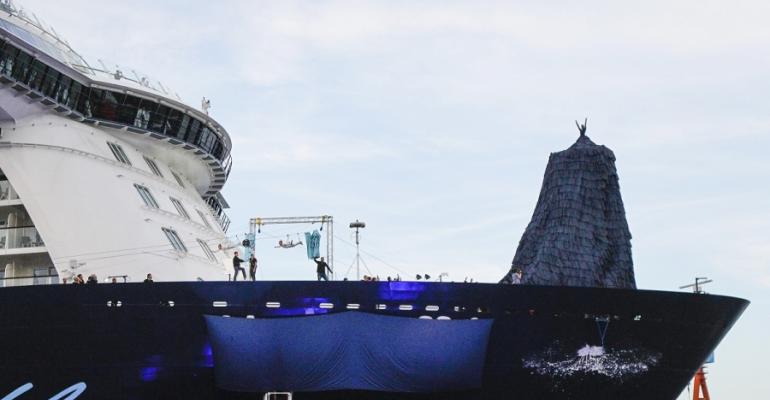 Some 1,000 guests attended the ceremony in the ship's theater, while an estimated 25,000 spectators observed and celebrated the naming starting Friday afternoon and well into the night.

At 9 p.m. the godmother was hoisted above the foreship 'wearing' a spectacular 15-meter-long christening robe that weighed 300 kilograms and had a diameter of 20 meters.

This was broadcast in the ship's theater for the guests. TUI Cruises had also arranged a special show to celebrate the arrival of its newest ship.

The following day Mein Schiff 4 set sail on its inaugural cruise to the eastern Baltic. The ship will use Kiel as its homeport during the 2015 summer season.