Sydney media in a flap over P&O’s Gatsby Party 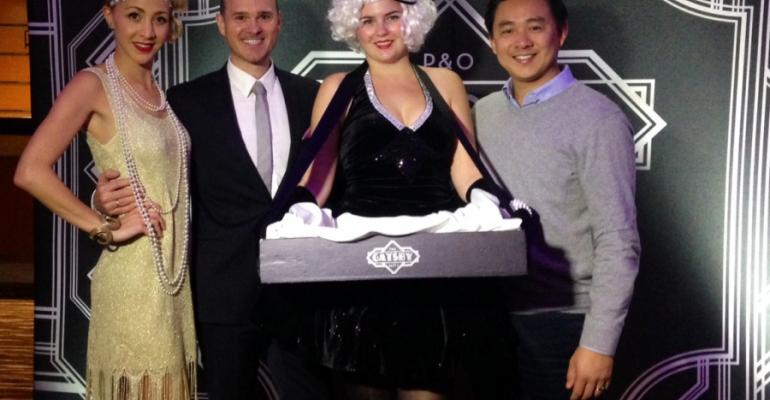 P&O Cruises Australia showcased its new Gatsby party at a media function on board Pacific Jewel in Sydney today.

The 1920s glitz and glamour of the Gatsby era, which would impress F.Scott Fitzgerald, is part of the cruise line’s revamped entertainment line-up. It is one of four new party concepts -- Bianco -- P&O’s White Party, retro Back to School evenings and afternoon Vegas pool parties.

Every cruise of three nights or more will feature a Gatsby party and passengers will be taught the Charleston and attend workshops to make Gatsby-style headpieces. Bow ties, hats and feather boas will be available on board.

During Pacific Jewel’s recent multi-million dollar refit, it was fitted out with The Pantry, a new international food market that replaces the traditional cruise buffet.

Media guests today were also invited to sample The Pantry’s eight outlets which svp Sture Myrmell described as a game-changer.

Myrmell said he was thrilled to see The Pantry concept come to life.

‘We’ve been working on this part of our onboard food revolution for some time and to see the concept become reality is very exciting,’ he said. ‘The Pantry is a dining experience like no other at sea.’