Sydney puts out the welcome mat for MSC Orchestra 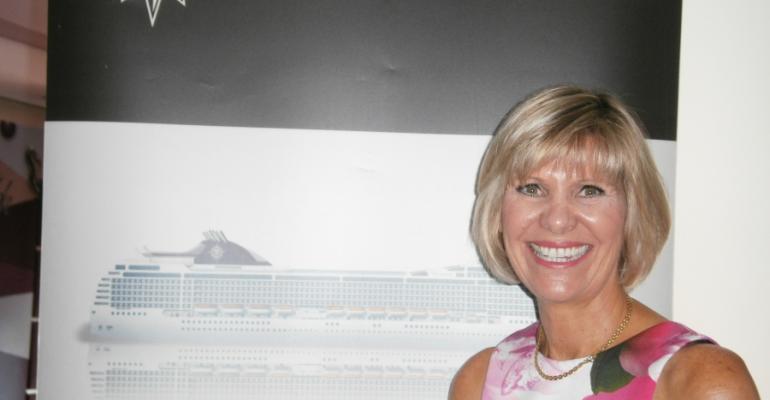 The 92,409gt MSC Orchestra, which is making MSC Cruises’ maiden voyage to Australia, arrived in Sydney Tuesday morning from Brisbane.

Cairns was to have been the first Australian port of call for the 2,550-passenger ship which sailed from Dubai on February 21 on a 33-day voyage to Fremantle via India and Southeast Asia. However, weather conditions in North Queensland forced the cancellation of Cairns and the ship proceeded to Brisbane.

Just after midnight she will sail to Melbourne, then onto Adelaide before arriving in Fremantle on March 26 where she has been chartered to return to Europe via Gallipoli by South Australian company, Travel Superstore (formerly Ausglobal Travel). She will be at anchor near Gallipoli Bay for the 100th anniversary of the Gallipoli landing and passengers will watch the dawn service live on big screens on the ship.
‘Here we are,’ Lynne Clarke, md of MSC Cruises Australia, said when MSC Orchestra docked in Sydney this morning.
Clarke said she was buzzing with excitement at showcasing the MSC product to travel industry partners in Australia.
She will host a VIP poolside party Tuesday night and there will be fireworks before MSC Orchestra heads for Melbourne.
Copyright © 2023. All rights reserved. Seatrade, a trading name of Informa Markets (UK) Limited.
TAGS: ports & destinations cruise lines ships
0 comments
Hide comments
Related