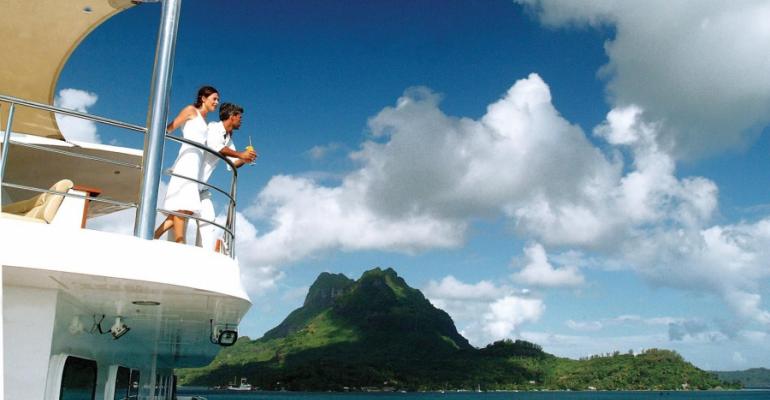 The ability for cruise ships to keep their casinos open during port calls and no requirement for long-stay crew visas in the exclusive economic zone of French Polynesia are among the incentives Tahiti officials plan to talk up at Seatrade Cruise Global.

After the first South Pacific Cruise Forum in Tahiti last October, the desire to create a regional cruise hub gained momentum. Tahiti already organises turnaround operations for 300 passengers each week and from 600 to 1,200 additional passengers several times a year.

Discussions aimed at reaching 2,000 passengers for a single cruise ship, as soon as 2017, are ongoing. This is possible in Moorea, with a landing pier in Paopao and Papetoai; in Fakarava, with a new area for cruise passengers; and in Papeete, with the port authorities studying the feasibility of building a cruise terminal. The airport is being renovated, too.

These matters will be discussed with stakeholders and the delegation from Tahiti and her islands led by Tourism Minister Jean-Christophe Bouissou at Seatrade Cruise Global. The South Pacific Cruise Alliance delegation is supported by Tahiti Tourisme, the Chamber of Commerce, Commune of Papeete, Air Tahiti Nui, Papeete Port Authority and Tahiti Cruise Club with ship agents, shore excursion specialists and the Pilot Station.