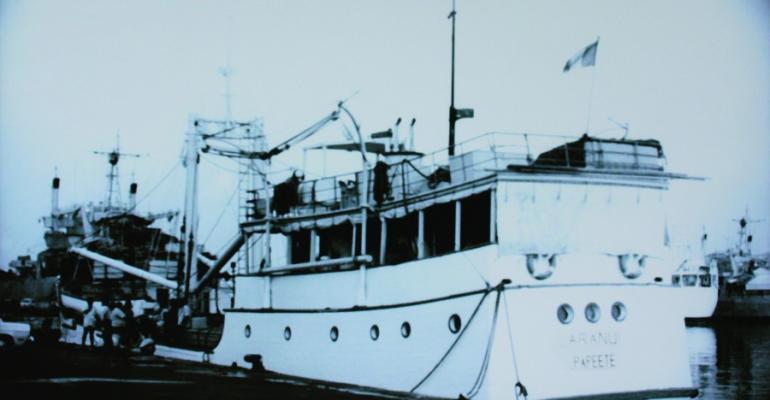 Compagnie Polynesienne de Transport Maritime, which is owned by the Wong family and operates the Papeete-based passenger-freighter Aranui 3, will celebrate its 30th anniversary on November 22.

CPTM has been running a cargo service since 1954 and on November 22, 1984, Aranui 1 made the company’s first cargo-passenger cruise from Papeete to the northern Tahiti archipelagoes with 24 international and local residents.

Thirty years and three ships later, CPTM has announced a 30th birthday party will be held aboard Aranui 3 when she departs Papeete on April 25 next year. Each passenger will receive a gift—an on-board credit of around A$175.

The company’s new ship, Aranui 5, is expected to make her maiden voyage in October 2015.

The 254-passenger Aranui 5, which is being built in China by Huanghai Shipbuilding, will feature lifts, a swimming pool with jacuzzi, a fitness room and spa, a restaurant, four bars, a boutique, computer room and library.

Why no Aranui 4? As previously explained by Seatrade Insider, Chinese consider 4 an unlucky number.