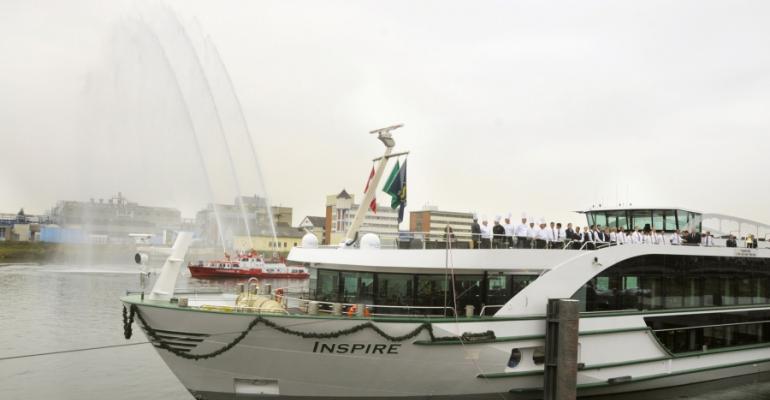 Inspire, one of two Inspiration-class ships that entered service this year. Two more are coming in 2016

Within a two-year period, from mid-2014 through mid-2016, tour operator Tauck will have expanded its river fleet from four ships to nine, a 125% increase. This includes the two Inspiration-class ships launched this year, an additional two unnamed Inspiration-class ships coming in 2016, and a fifth Jewel-class ship, Esprit, to join Tauck’s fleet in early 2015.

Tauck and its maritime partner, Scylla Tours of Basel, Switzerland, originally ordered Esprit in 2008, and it was scheduled to enter Tauck’s fleet in 2010.

However, as the US remained mired in its worst economic crisis since the Great Depression, Tauck deferred delivery of the ship—then little more than a hull—until 2015. Scylla completed construction and has operated the vessel in the interim under another flag. This winter the riverboat will undergo renovations and other upgrades to make Esprit identical to Tauck’s four other Jewel-class vessels.

Like the other Jewel-class ships, Esprit will accommodate 118 passengers, compared to the typical capacity of 140 or more on other ships of similar size. Esprit offers 14 spacious, 300-square-foot suites, each equipped with walk-in closets and marble baths with full-size tubs.