Tendering in Auckland ‘our collective shame’ 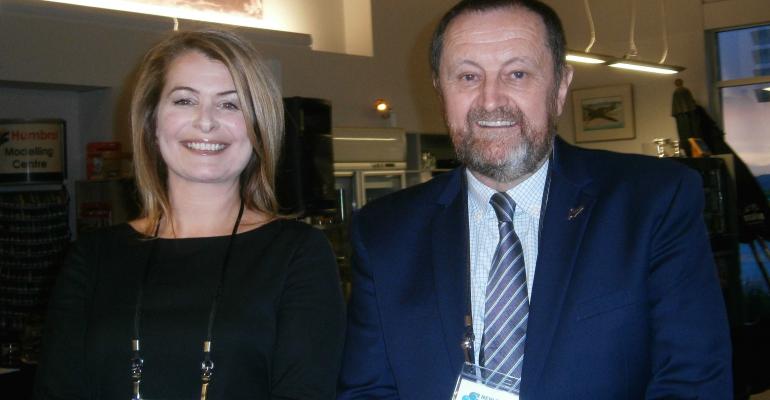 The fact that Ovation of the Seas must tender in Auckland again this coming 2018/19 season is ‘our collective shame,’ New Zealand Cruise Association chairman Debbie Summers told delegates at Friday’s 2018 conference in Blenheim.

Too big for Queens Wharf

Royal Caribbean International’s 168,666gt megaliner made her maiden visit to Auckland on December 27, 2016, and had to drop anchor in Waitemata Harbour because at 348 metres she is too big to berth at Auckland’s Queens Wharf.

Although disembarkation by tender is not the cruise line’s preferred option for almost 6,500 passengers and crew, it acknowledges that Auckland is a key destination on New Zealand itineraries and tendered there again during her second 2017/18 season.

Call for 'critical and urgent lobbying'

Summers said ‘critical and urgent lobbying’ for adequate infrastructure must remain foremost for the NZCA.

She said the NZCA is not opposed to the government’s proposed taxes on cruise ship visitors and crew, but it will work with Tourism Industry Aotearoa (Aotearoa is the Maori name for New Zealand, meaning ‘land of the long white cloud’) to ensure the funds are used to service the industry.

She said the New Zealand cruise industry goes from strength to strength, with record passenger numbers of 350,000 and 1,000 port calls in the coming 2018/19 season, compared with 750 the previous year.

Summers said other highlights include increased membership from 67 to 95 and the signing of a memorandum of understanding with Cruise Lines International Association Australasia—with CLIA’s outgoing global president Cindy D’Aoust, svp and md global strategic communications and research Megan King and Australasia and Asia md Joel Katz among the delegates.

She paid tribute to NZCA’s ‘champion ceo’ Kevin O’Sullivan who, she said, works 24/7 ‘on behalf of us all’ and said ‘we must continue to work hard, ignoring complacency, delivering great product, new experiences and new ports.'