Thousands engage in Costa-backed Guardians of the Coast 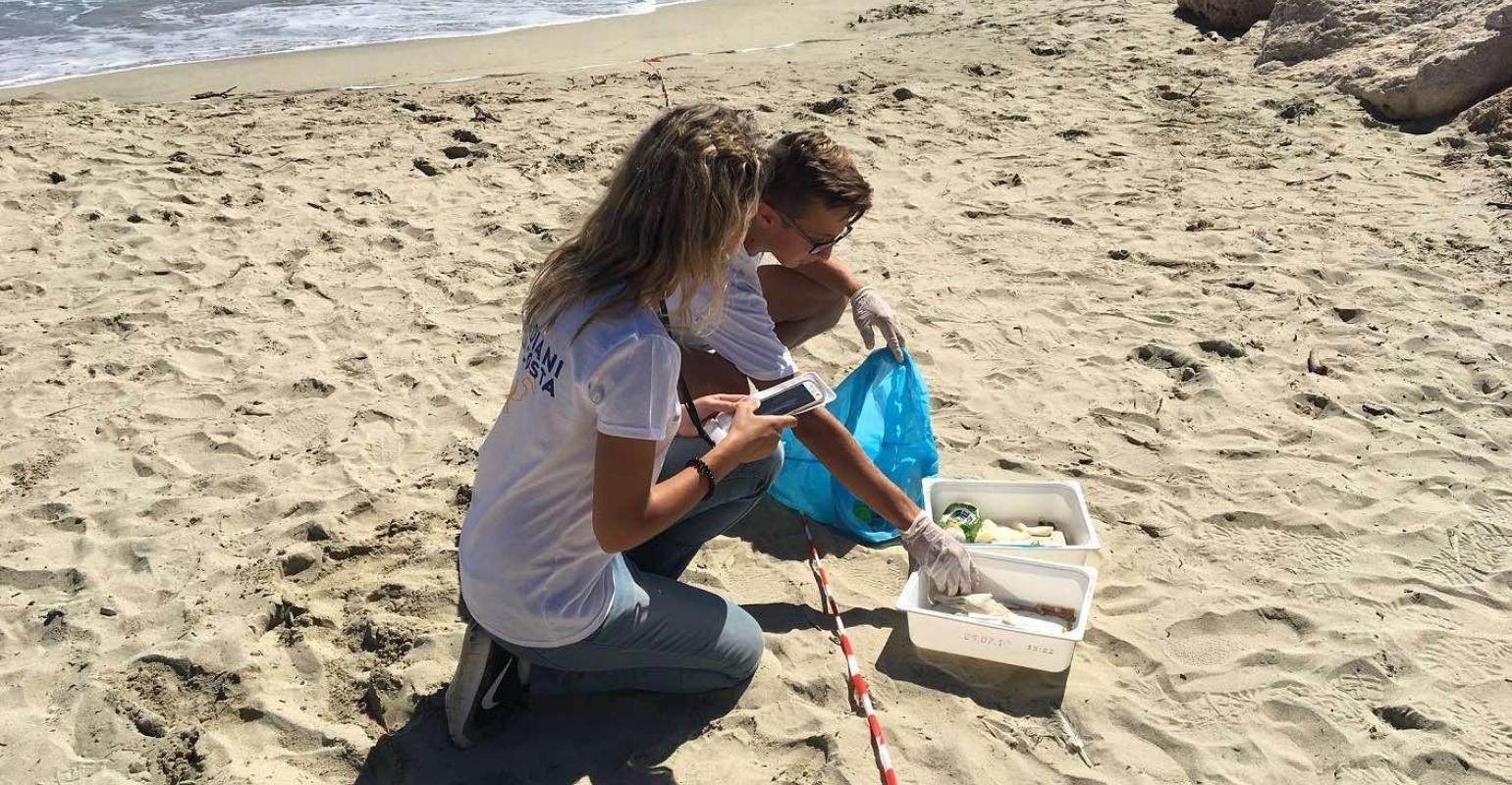 During their fieldwork, students found the overwhelming presence of plastic waste
In its first year, Guardians of the Coast—promoted by the Costa Crociere Foundation and one of Italy's biggest citizen science projects—engaged thousands of students.

Some 156 secondary schools, more than 600 teachers and 5,700 students have been involved during the 2017/18 academic year. Each school 'adopted' a section of the Italian coast, covering a total of 2,610 kilometers, or one-third of the country's coastline.

Plastic accounts for 68% of marine waste

The most frequent indicator reported by the guardians has been marine pollution. Plastic waste, in particular, accounted for 68.1% of all the waste washed up on beaches, followed by paper (15.1%), fishing equipment (6.5%), glass and pottery (6.2%) and metal and aluminum (4.1%). The most frequently reported objects are plastic materials (bottles and containers for liquids, bags, plastic or polystyrene boxes, food containers), as well as cigarette butts and filters.

The project's aim is to raise awareness among young people of the need to protect the sea and the Italian coastline, with the objective of creating an 'environmental snapshot' of Italy's coast so comparisons can be made over time.

Guardians of the Coast involves the Ministry of Education, Universities and Research, with which the Costa Crociere Foundation and the Genoa School of Robotics Association signed a memorandum of understanding, in line with actions under Italy's National Plan for Digital Education.

The schools that signed on adopted a section of the coast, where they conducted surveys. Teachers and students had access to a dedicated online platform with educational content and handouts produced with the help of scientific partners from the School of Robotics and the Ligurian Fishing and Environment Observatory (OLPA).

Students were able to alternate their studies with work experience, and 108 schools signed up for this. Educational activities in the classroom alternated with fieldwork between January and May, when students monitored and reported on features of the coastal environment, environmental quality indicators and socioeconomic aspects associated with the management of the coastal strip and its resources.

The result is a database of more than 50,000 reports collected systematically with the help of guidance sheets contained in the Guardians of the Coast app and validated by OLPA experts, who analyzed and summarized them in themed maps.

The reports show the consequences of the constant pressure exerted by humans on the sea, in many respects: pollution of different kinds, coastal overbuilding, degradation of the seabed and beaches and depletion of fish stocks. One of the main and most evident forms of pollution is the presence of waste abandoned or dragged into the marine environment.

The overwhelming presence of plastic waste was noted uniformly across all five marine basins.

Davide Triacca, secretary general of the Costa Crociere Foundation, said the Guardians of the Coast project will make an important contribution to monitoring the state of health of Italy's coast over time. Apart from its scientific value, raisiing awareness of the fragile environment among students and other citizens is key.

The second Guardians of the Coast program will focus on marine plastic pollution by monitoring micro/macro plastics with the cooperation of a new scientific partner, the Biodiversity and Ecosystem Services Laboratory of the Marino Santa Teresa Marine Environment Research Center of the National Agency for New Technologies, Energy and Sustainable Economic Development.