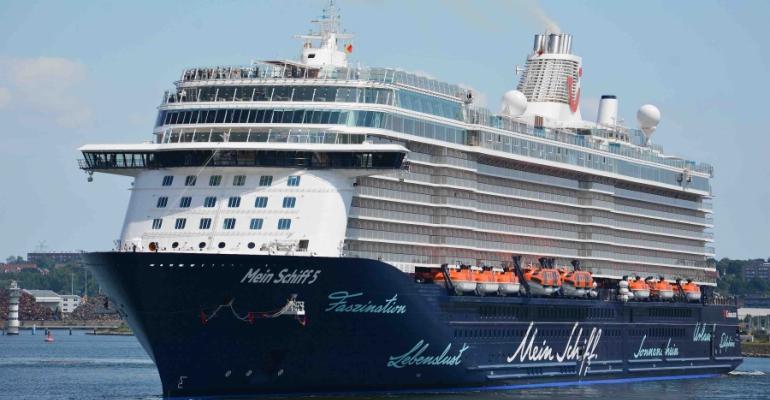 Thousands of visitors at the Kieler Woche sailing regatta watched from shore as the TUI Cruises vessel berthed at the Ostseekai Cruise Terminal.

'Introducing Mein Schiff 5 at the Kieler Woche is a splendid gift to Kiel and the highlight of this year’s cruise shipping season,' Claus said.

The fact that Mein Schiff 5's maiden voyage begins in Kiel is 'another expression of the longstanding and trustworthy partnership that exists between the shipowner and the port,' Claus added.

Later in the season, the ship will embark four further cruises in Kiel. Together with Mein Schiff 1 and Mein Schiff 4, TUI will begin a total of 29 cruises from the port this year. On June 26, July 6 and Aug. 22, two TUI ships will be alongside.

TUI Cruises has been a regular visitor to Kiel since 2009.