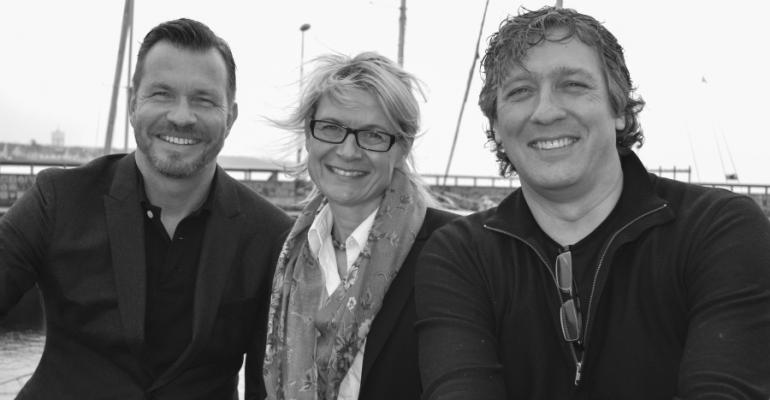 Tillberg Design of Sweden is celebrating its 50th anniversary as one of cruising's hottest design firms. References include areas aboard MSC Cruises' 'Seaside' prototype at Fincantieri and MSC's pair of larger ships at STX France, Norwegian Getaway and the upcoming Norwegian Escape from Meyer Werft, TUI Cruises' recently delivered Mein Schiff 3 from STX Finland and updates to Regent Seven Seas Voyager and Mariner as well as signage for newbuild Seven Seas Explorer.

During half a century, the firm founded by the late Robert Tillberg has planned interiors for more than 200 projects, with marine assignments ranging from 62-foot luxury yachts to some of the largest cruise ships. Projects ashore range from five-star hotels and gourmet restaurants to high-end jewelry boutiques and private residences.

The firm said its client base is growing 'exponentially.'

Tillberg Design of Sweden consists of more than 25 designers and architects. Nearly half worked directly under Robert Tillberg, who died in March 2013.

'The team eagerly keeps up Robert’s passion for invention, reliable service and tireless quality control,' never giving up until it's right, according to Fredrik Johansson, one of the partners in Tillberg Design of Sweden.

With interior trends now moving almost as fast as fashion, the cruise interiors industry has also picked up the pace. Johansson said a number of fresh design talents have recently signed on, ensuring the firm is constantly renewing itself on the creative and conceptual side.

Robert Tillberg made his maritime breakthrough in 1964 with the interiors for Swedish America Line's flagship, Kungsholm, which led to a number of prestigious projects during the early years of the cruise industry. Crystal Cruises, Star Cruises and TUI Cruises are later examples of working closely with owners to create new cruise concepts.

Robert Tillberg was 'a true pioneer spirit,' Johansson said. He often questioned prevailing ‘truths’ in the business, and he challenged owners and shipyards to make sure his clients got the best possible ship for the money.

During the 1980s and early 1990s, the ferry industry expanded and developed rapidly. The ferries at the time were basic, but the Tillberg studio introduced many groundbreaking features from the cruise sector into the business.

Johansson said Robert Tillberg designed the first atrium on a ship, aboard Sea Venture in 1969. It was only two decks high, but when he presented the idea to the engineers at Rheistahl Nordseewerke, they laughed. They told him it was impossible to build a ship with a big hole in the middle.