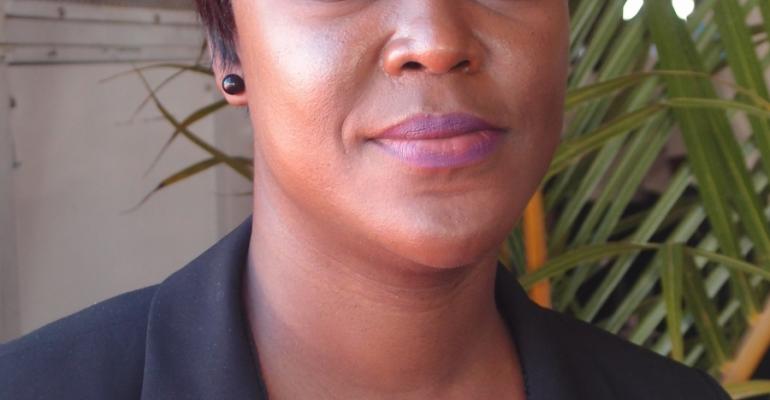 Tobago's tourism secretary is in Washington, DC, on a two-day fact-finding mission to explore the potential support for building dedicated berthing facilities for the growing cruise business.

'Washington is the home of quite a number of international agencies that provide assistance and support for these types of projects,' Tracy Davidson-Celestine, deputy chief secretary and secretary of tourism and transportation for the Tobago House of Assembly, told Seatrade Insider between meetings on Monday.

Cruise calls to the southern Caribbean island are growing. But Tobago is reaching a critical juncture where, to lure newer and bigger ships, it needs dedicated cruise facilities.

Cruise ships, ferries and cargo vessels currently all go to Scarborough, where expansion is limited by an important underwater archaeological site that dramatically illustrates the European colonization of the Caribbean. The site holds the remains of warships from a major 1677 battle between the French and Dutch.

'Restrictions in expanding the port are based on these historical findings,' Davidson-Celestine said. She added that heavy investments are going into the project led by archaeologists from the University of Connecticut, with support from the University of Trinidad, the Tobago House of Assembly and the embassies of the United States and the Netherlands.

Besides beaches, brain coral and the Western Hemisphere's oldest protected rain forest, Tobago is known for its complex history. The island was fought over by the Dutch, English and French, and changed hands 31 times. The Scarborough discovery illustrates that past.

Feasibility studies have identified Plymouth, on the Caribbean side of the island, as a suitable location for dedicated cruise facilities, Davidson-Celestine said. The area's natural depth would preclude the need for dredging, and key attractions such as those in and around Scarborough and the wildlife-rich Main Ridge Forest Reserve, protected since 1776, are easily accessible.

A port on the Caribbean side of the island would mean less sailing time and reduced fuel consumption for ships coming from nearby destinations like Grenada and Barbados, noted Henry Yaniz, Tobago's Miami-based cruise development consultant. He is accompanying Davidson-Celestine to the Washington meetings.

The tourism secretary said Plymouth is just one possibility; there are other deep-water locations along the Caribbean coast that may also be suitable. She emphasized the Washington visit is 'the first step, a preliminary fact-finding mission' to research some alternatives for the support of a new cruise facility.

Davidson-Celestine stopped in Washington on her way back from participating in ITB Berlin, which she called a 'very successful' event for Tobago in terms of formalizing several tourism initiatives.

The island is known in Europe as an ecotourism destination, and it's particularly popular with European cruise lines. TUI Cruises, for example, is bringing 19,400 passengers this year on 10 calls, and next year will deploy a larger ship, the new Mein Schiff 3, on 10 calls that will raise TUI's passenger total to 25,000.

A 1.5-day event, the Seatrade Caribbean Cruise Forum Tobago, May 13-14, is tailored to showcase the southern Caribbean to European cruise planners.