Tobago's place in the sun 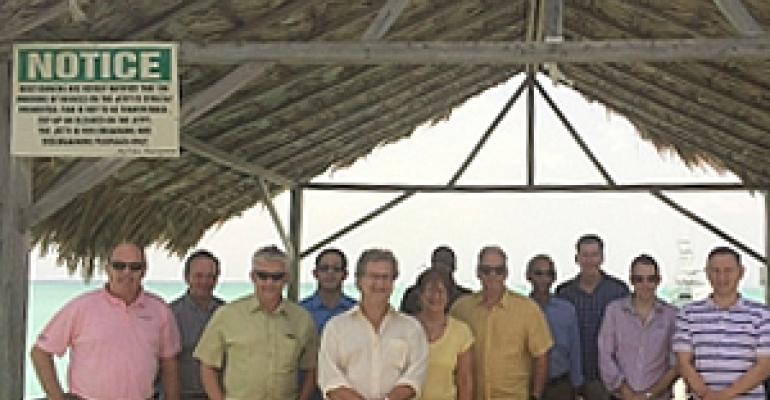 Cruise line executives from mainly European and US lines attending the Seatrade Caribbean Cruise Forum had a tour of host venue Tobago, one of the southernmost islands of the Caribbean.

Tobago welcomed around 65,000 cruise passengers last season, mostly at the 312mtr long berth in capital Scarborough. Some smaller vessels visiting the island tender at Charlottesville on the north of the island.

At a pre-event cocktail Tuesday evening, the cruise lines heard Tracy Davidson-Celestine, deputy chief secretary of the Tobago House of Assembly and the secretary responsible for tourism and transportation, explain the islands plan to increase its cruise traffic.

Amongst new projects the addition of 50 new tour buses which will arrive in time for the next season, a proposed extension of the quayside to provide a covered area for passengers going and returning on tours and a rain forest zipline canopy tour, informed Henry Yaniz, cruise consultant Tobago Tourism.

First stop on the tour, the town of Scarborough which was founded and became the new capital of Tobago in 1769. The port was modernised in 1990 to facilitate container traffic and cruise ships. The passenger berth is shared with a daily ferry service to nearby Trinidad but cruise ships get priority, explained Kenneth Richardson, manager operations Port of Scarborough.

The port can accommodate ships up to 8.5mtr draft, largest to call to date is Costa Fortuna. The season lasts from October to April and 70,000 passengers are expected in 2015/16, he said.

Ships calling at Trinidad and Tobago pay just one passenger head tax of $5 each, he explained.

Most tours of the island include a stop at Fort King George, built in 1770 and very well preserved with excellent museum. Next up the Tobago Cocoa Estate, established in 2005 aimed at rejuvenating the cocoa industry which in the past made significant contribution to the islands’ exports.

Tobago is a nirvana for naturalists with windswept cliffs, coral reefs, endangered leatherback turtles and the damp, misty rainforests home to many of the island’s 210 species of birds. Tobago boasts the oldest legally protected rainforest in the world, a must-see and popular on cruise shorex.

Final stop was Pigeon Point, one of the most beautiful beach in Tobago. The water is calm and warm, lifeguards patrol the sand, and a pier with a thatched roof is probably the most photographed place on the island.

This afternoon, representatives from seven regional destinations had one-to-one meetings with the cruise lines.

Tonight over 130 participants will be attending a gala dinner where guest of honour is The Honourable Orville Delano London, chief secretary, Tobago House of Assembly.