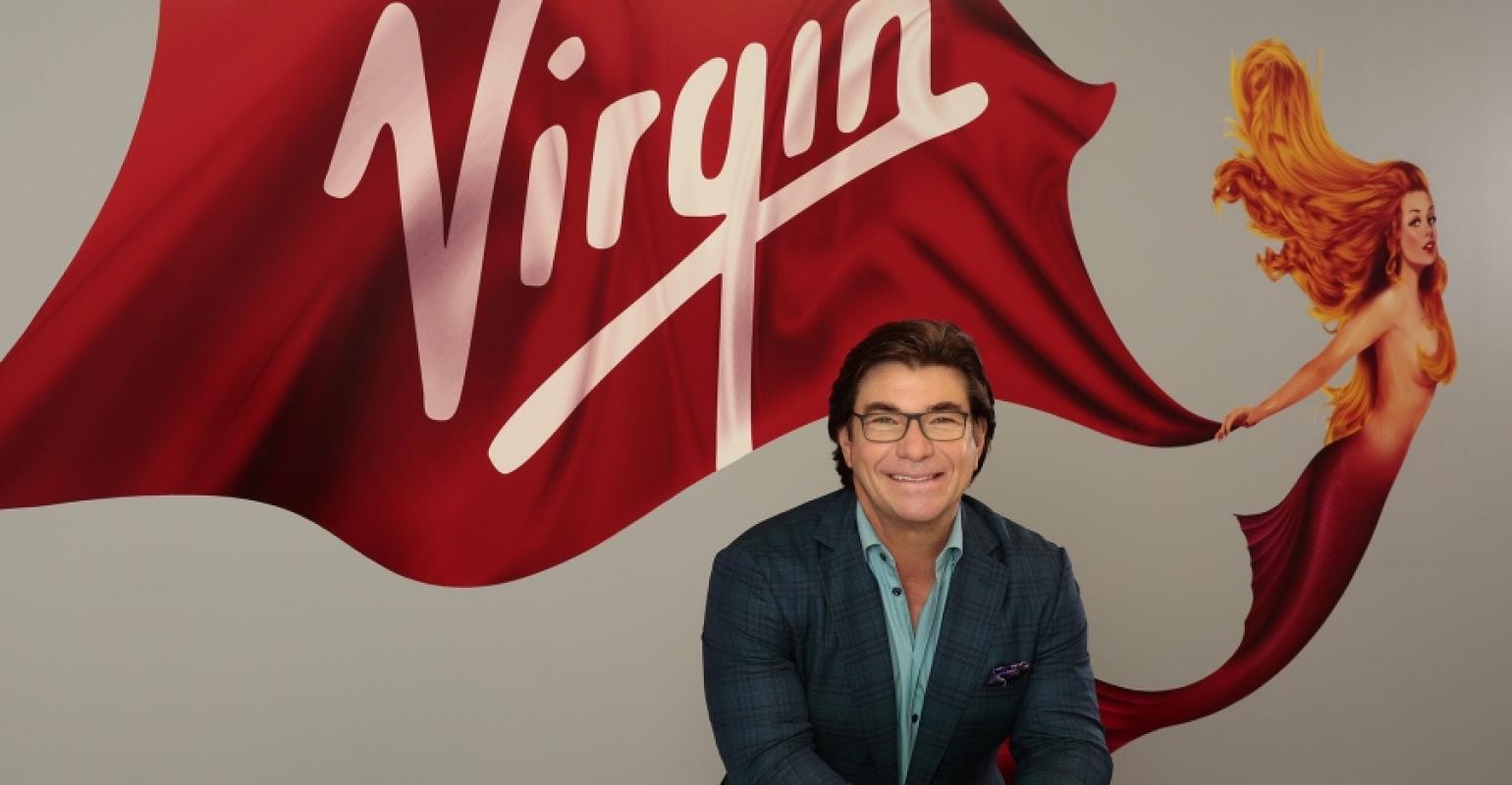 Tom McAlpin will be jetting around to Virgin Voyages events over a whirlwind few days, culminating with the opening of bookings on Feb. 14 Photo: ©Michel Verdure for Seatrade Cruise Review
President and CEO Tom McAlpin has just set off on what he called a 'whirlwind tour'—but, given that his company is Virgin Voyages, it's more like a rock star tour.

McAlpin is at Fincantieri's Sestri Ponente shipyard for the coin ceremony for Virgin's second newbuild today, followed by the float-out of Scarlet Lady and media tours of the ship on Saturday. (Follow along @SeatradeInsider on Twitter.)

He'll then pop over to London for a media lunch and a 'captain's table' dinner with 'first mates' (Virgin's travel agent partners).

From there, it's on to Montréal for a last look at shows planned for the ship before they go into production.

The tour culminates in New York on Valentine's Day when bookings open to the general public. (Priority bookings recently opened to 'sailors' who plunked down a $500 deposit when pre-sales opened in October 2017.)

That day, a panel discussion in a spectacular venue—One World Observatory on the 102nd floor of the World Travel Center—will reveal more details about Scarlet Lady's on-board experience and an additional destination to be featured on all voyages. So far, Virgin has announced itineraries calling at Havana, Cuba; Costa Maya, Mexico; and Puerto Plata, Dominican Republic.

And later, because it's Virgin, there's a party, of course, with a red carpet and star DJ Mark Ronson, at PlayStation Theater on Broadway.