A touch of Asia for Australian product launch 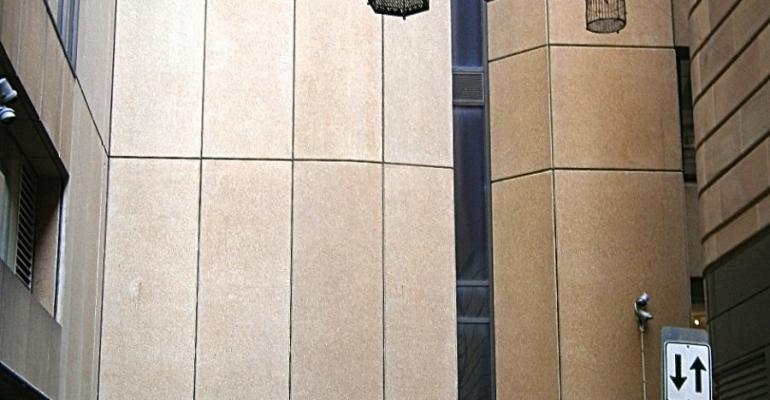 John Molinaro under the bird cages outside China Lane, the venue for Uniworld's Asia 2015 launch in Australia

China Lane in Angel Place, a mid-city laneway in Sydney that is festooned with birdcages and recordings of birdsong, was a most appropriate venue for the launch of Uniworld Boutique River Cruise Collection’s Australian brochure for its 2015 Asia programme.

Gm John Molinaro said Australia is the company’s No. 2 source market worldwide and continues to grow.

‘Our passengers think nothing of flying from here to Europe and they come back time and time again,’ Molinaro said. ‘Many have done as many as 10 voyages with us and are looking for new destinations.

‘Asia is relatively close to Australia and is considered to be a short-haul flight, so it is very popular in this market, especially Cambodia and Vietnam.’

Uniworld’s 2015 Asian cruises through China, Vietnam and Cambodia range from 11 to 18 days and feature new shore excursions, from a kung fu demonstration in Beijing to a water puppet show in Hanoi.

The company has chartered the 398-passenger Century Paragon and Century Legend, both launched last year, from China’s New Century Cruise Company for voyages along the Yangtze.

It has chartered Pandaw’s 60-passenger River Orchid for Mekong cruises.

Molinaro said Uniworld has selected ‘the highest calibre of properties’ ashore to compliment the cruise experience, such as The Ritz-Carlton Beijing, Waldorf Astoria Shanghai and Shangri-La Hotel Guilin.

The 11-day ‘Highlights of China and the Yangtze’ that starts in Beijing and ends in Shanghai and runs from March until the end of October next year is priced from A$4,999. Intra-Asia flights, airport transfers and private hotel check-ins are included and early booking savings are available if paid in full by October 31, 2014.