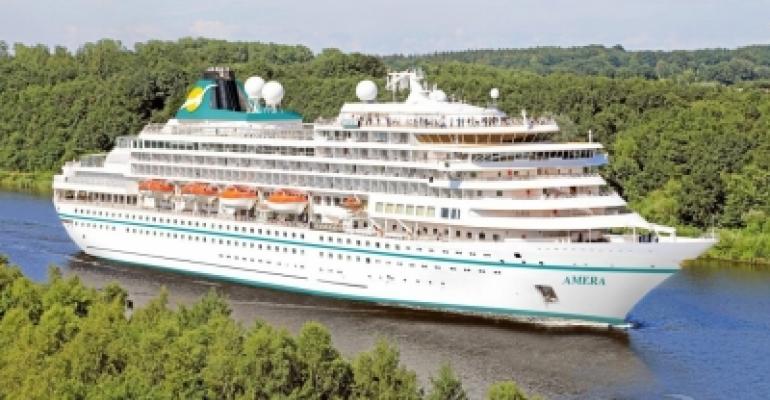 Phoenix Reisen's Amera is among the ships joining the German market in 2019 – capacity additions that could pave the way for strong growth this year PHOTO: Phoenix Reisen

New trends for the German market emerged in 2018 with a swing toward longer cruises and a pullback from remote destinations like Asia and the Caribbean in favor of Europe, particularly the Baltic but also the Eastern Mediterranean.

With 3% year-over-year growth, the German market grew at a slower average rate than Europe as a whole (up 3.3%) and the world (up 6.7%). This was mainly due to capacity constraints as load factors for all cruise lines active on the German market continued to be high throughout 2018.

Helge Grammerstorf, national director of CLIA Germany, identified three key trends: the growing potential for cruises longer than one week, the enormous popularity of families cruising and the preference for European destinations.

2018 ended a longstanding preference for shorter cruises by German travelers. While the average cruise length in 2017 was 8.8 days, that increased to 9.1 days last year. With this, Germany surpassed the European average which, according to CLIA, amounted to 8.7 days in 2018.

The average age of German ocean cruise passengers dropped to 49 from 50 the year before, due to more families sailing with children under 12.

CLIA figures also show that Asia, one of the less-visited but emerging destinations for German cruisers, did not continue growing but lost market share. While Asia, including China, drew 2.8% of the German cruise market in 2017, this share dropped to 1.9% last year.

In contrast, European destinations, including the Eastern Mediterranean, gained significant share. The greatest growth was recorded in the Baltic, which accounted for an 8.4% share, up from 7.6% in 2017.

The most popular destinations for German cruisers remain Northern Europe, with Norway accounting for a 27.7% share and the western Mediterranean 23.1%.