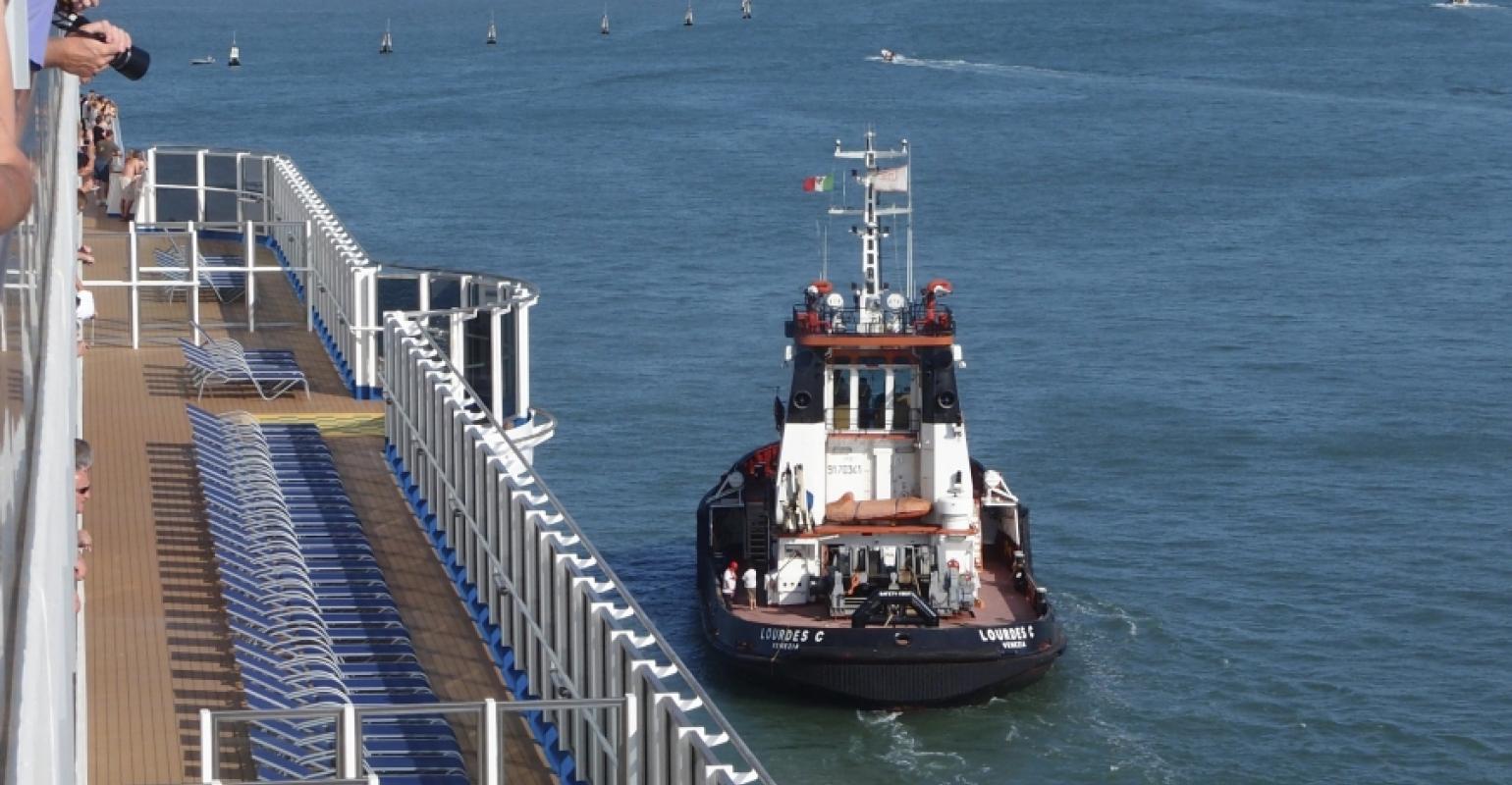 The ban on large cruise ships using the Giudecca Channel has been voided, a decision that is expected to be appealed
The Veneto Region Administrative Tribunal has annulled an Italian Coast Guard decree to limit or ban cruise ships. depending on their size, from sailing through Venice’s Giudecca Channel and past St Mark’s Square to reach the city’s cruise terminal. Part of the decree banned cruise ships over 96,000gt from using this passage starting January 1, 2015.

Issued on December 5, 2013, the Coast Guard order limited the number of transits of cruise ships over 40,000gt through central Venice to five a day during 2014 and banned larger ships from the start of this year.

The decision is not likely to have an immediate impact on large ship transits since Cruise Lines International Association members have been voluntarily complying with these restrictions while awaiting a solution to the transit debate, which all the interested parties hope to have reached with the proposed Contorta Sant'Angelo Channel project.

‘We are expecting no cruise ships over 96,000gt this year, resulting in a predicted loss of just under 300,000 passengers,' Sandro Trevisano, president of  VTP said. He added, ‘We are hoping this decision will induce the government to pass measures to support the return of cruise ships to Venice, however the Contorta Sant'Angelo Channel project would require 18 months for completion, putting our 2016 cruise business also at risk.’

The tribunal judges questioned the legitimacy of the Coast Guard’s order on two main accounts. First, the Italian government decree No. 79/2012 states any ban or restriction on transits through the Giudecca Channel should only apply after alternative routes to the existing navigational channels are available. And, second, the authorities have yet to complete any evaluation of public and private interests related to the ban.

The judges also indicated the Coast Guard order was issued without any evaluation of the environmental risks related to the transit ban.

The number of cruise ship transits last year was capped at 708, compared to 809 in 2012. The tribunal said the decision was taken without any risk analysis.

In summing up, the tribunal said the authorities could only impose restrictions on cruise ships of over 40,000gt transiting the Giudecca Channel after a preliminary and a detailed analysis of the risks have been completed and published.

The Italian Ministry of Infrastructure and Transportation, one of two ministries that issued the 153/2013 decree, announced its intention to appeal the decision.

The same ministry noted, however, the tribunal’s decision makes the completion of the process proposed by the government to find an alternative route for reaching Venice’s cruise terminal more urgent.

The results of the environmental impact evaluation study regarding the dredging of Contorta Sant'Angelo channel as an alternative route are delayed by around two months and are now due to be announced in the first half of March.

According to Paolo Costa, Venice Port Authority president, ‘We take note of the judges' sentence as an additional stimulus in finding a solution to taking ships away from the centre of Venice but without putting the city’s cruise excellence at risk. We are confident in a government decision as soon as possible.’