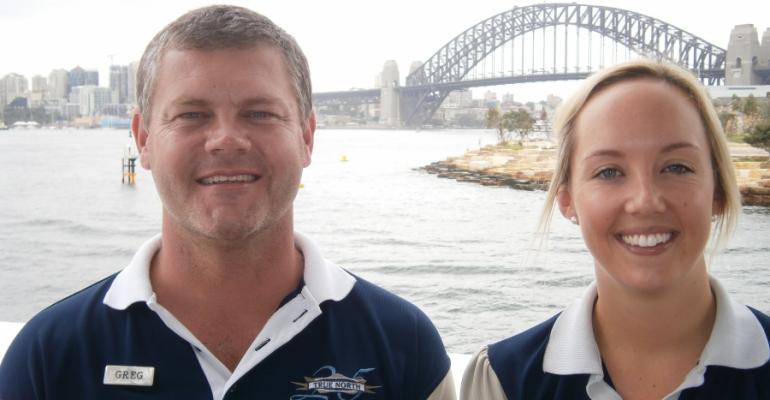 Broome-based North Star Cruises is taking the opportunity to showcase its 36-passenger luxury expedition ship True North to top cruise sellers and media representatives during her annual visit to Sydney.

True North arrived in Sydney on Christmas Eve to operate two four-day cruises that took in the start of the Rolex Sydney Hobart Yacht Race 2014 on Boxing Day and the spectacular New Year’s Eve fireworks display.

There was a reception on Sunday night and at lunchtime today for media and industry partners and  repeat passengers.

The 10-year-old ship, which carries a crew of 20 and was purpose-built in Western Australia by Austal in 2005, sails tomorrow for Fremantle where she will enter drydock for a major technical refit.

At today’s function Dr Andy Lewis, resident marine ecologist and photographer, outlined the 2015 cruise schedule for the 740gt True North that has a permanent onboard helicopter.

Lewis said Dragons and Fire, a new 2015 itinerary that takes in Indonesia's Komodo dragons and volcanoes is already sold out with strong forward bookings for 2016.

He said the New York Yacht Club has chartered True North for a 10-day Wet Season Adventure from Wyndham to Broome on April 7.