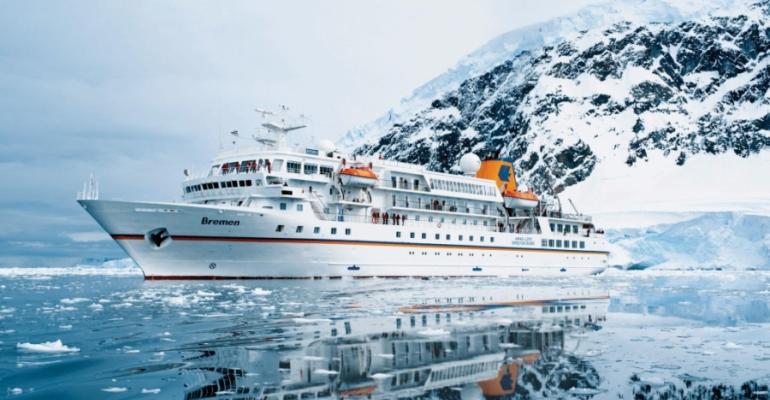 TUI AG's cruise business returned to profit in fiscal 2014 on the addition of Europa 2 and the strength of the expedition segment. The cruise sector, comprised of Hapag-Lloyd Kreuzfahrten and a 50% stake in TUI Cruises, posted earnings before interest, taxes and amortization of €9.7m, and TUI AG said Hapag-Lloyd Kreuzfahrten is on track to break even in 2015.

TUI AG, Europe's leading travel group, edged up turnover by 1% and raised its earnings before interest, taxes and amortization 14% to €868.5m. The group profit, after taxes, was €283.9m.

Hapag-Lloyd Kreuzfahrten's average daily rate was €450, up 7.1% from the prior year. The brand's performance was positive in the second half, driven mainly by the expedition segment comprised of Bremen and Hanseatic, and the amortization of start-up costs for luxury ship Europa 2.

In TUI’s consolidated financial results, TUI Cruises' turnover is not included since the joint venture is measured in equity. However, data indicate a very positive development, with the average daily rate up 8.9%, to €171. Passenger days rose to 1.68m from 1.43m the prior year. Occupancy grew to 102.3% from 101.8%. Mein Schiff 3 joined the fleet as TUI Cruises' third ship in June.

In total, TUI AG's cruise sector closed the 2014 financial year with earnings before interest, taxes and amortization of €9.7m, up almost €24m from 2013's €13.9m loss, and exceeding the company's expectations.

Commenting on TUI AG's overall result, ceo Fritz Joussen said the company had 'significantly outperformed' its earnings targets thanks to the implementation of the oneTUI efficiency program.

'We have now launched the growth phase, which will gain momentum through the successful merger with TUI Travel PLC. As a fully integrated tourism group, we are perfectly positioned for further, accelerated growth in the future,' he added.

At the annual general meeting in February, the company's executive board will propose a €0.33 per share annual dividend.