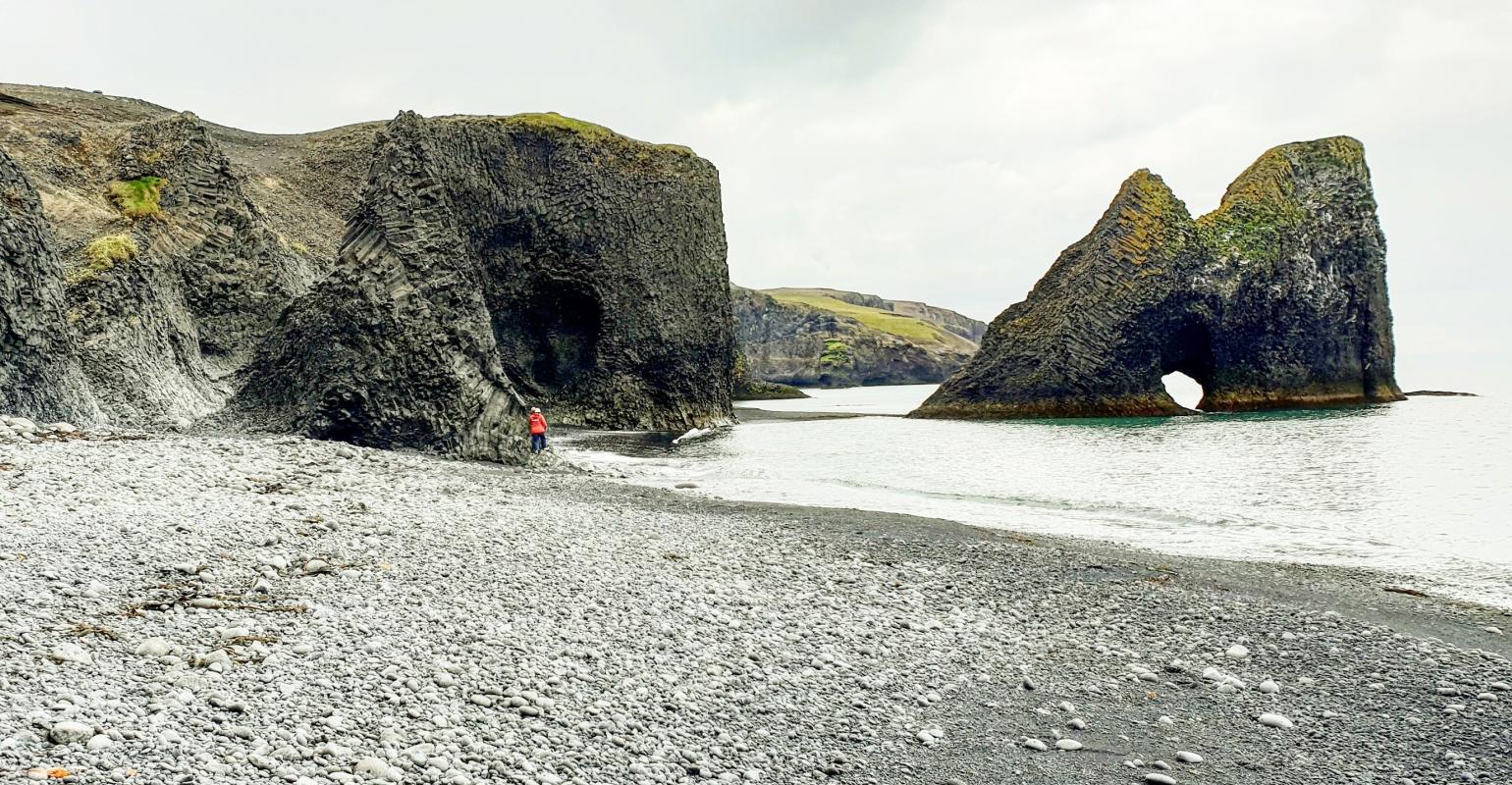 TVG Travel in search of new destinations and tours around Iceland including a stop at Melrakkaslettu - just shy of the Arctic circle in the far north east of the country
TVG Travel, the new travel start up under the Eimskip/TVG-Zimsen umbrella, is three weeks into a revolutionary around Iceland mapping project.

Seatrade Cruise News caught up with Liz Gammon, general manager of TVG Travel recently to hear how things are going so far.

‘Despite having worked in the Icelandic tourism sector for more than 18 years, I have recently been plagued by the feeling that I might just be missing something. A new tour opportunity perhaps? A new zodiac landing site in some far flung area of Iceland?

‘Did I really know Iceland as well as I claimed to?

‘I am a qualified tour guide but even so… that voice kept a-whispering,’ she remarked.

Driving the drive with caravan in tow

Gammon explained further: ‘It was decided at TVG Travel’s first strategy meeting that the only way to build a respected brand and an outstanding tour portfolio, was to step away from the desk and literally walk the walk, or rather, drive the drive - with a caravan in tow! We needed to get out there.’

TVG Travel, which is the sponsor of Seatrade Cruise News' 20 under 40, expects to cover the entire country in around seven weeks.

‘So far we have spent the last three visiting 12 ports and harbours in Iceland’s east and far north east – partaking in stimulating (and sometimes lively!) discussions with port representatives and service providers, brain storming with drivers and guides, chatting with locals over coffee – all the while listening and sharing ideas.

‘We have also been working closely with our colleagues in sister company and port agency Gára, and at their request we have hiked to some pretty obscure and fabulous places in search of off-the-beaten-track areas suitable for zodiac landings, nature hikes and exclusive expedition style touring,’ said Gammon.

Over-tourism fears often based on misinformation

On sensitive issues related to over-tourism and negative environmental impacts surrounding tourism and specifically cruise, Gammon has found on her travels that these fears are often based on lack of understanding and misinformation.

‘It became apparent during our visits to some of the smaller communities that not all residents are happy with the break neck speed at which tourism has grown in Iceland. Simply by being there and talking to people directly meant we were able to answer questions and address their concerns - setting the record straight and putting minds at rest.’

Alongside the focus on mapping ports and sourcing exclusive tour opportunities, TVG Travel added a marketing layer to the project by posting images and teasers via the social media channels Instagram and Twitter @tvgtravel #icelandunfolds

‘We want to show people how hard we are working towards our mission of building a totally new generation of shore excursions and land programs in Iceland and how seriously we are taking our role - creating a buzz and getting people excited is all part of that process, Gammon commented.

Next up is Iceland’s west, north west and north.

‘If the success of the last three weeks is anything to go by, then we have another incredible journey ahead of us and will come away from this unique venture with the most comprehensive and exciting port and shore excursion overview to date,’ she concludes.