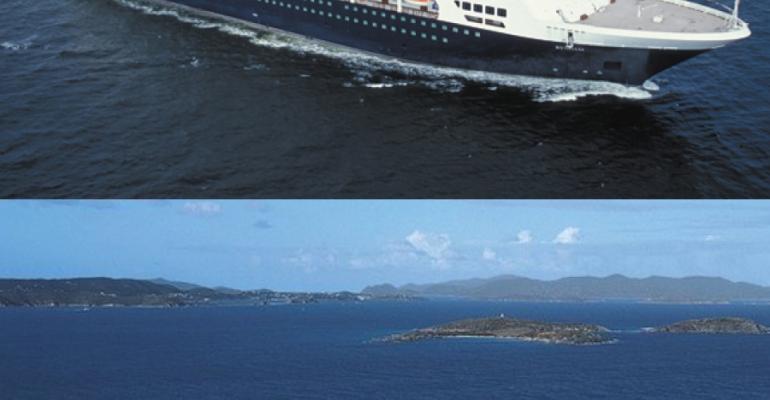 Sister ships Ryndam and Statendam will transfer in November 2015

Holland America Line will transfer the 1,258-passenger Ryndam and Statendam to P&O Cruises Australia in November 2015, making the company the biggest year-round operator in Australasia by increasing its fleet from three to five ships.

In an exclusive telephone interview with Seatrade Insider on the eve of the announcement, Stein Kruse, ceo of Holland America Group, a division of Carnival Corp. & plc, said these ships are definitely not replacement vessels for Pacific Dawn, Pacific Jewel and Pacific Pearl.

He insisted P&O Cruises Australia will be a five-ship company ‘for the foreseeable future.’

Holland America Line’s 99,500gt Pinnacle-class ship for 2,660 passengers, due for delivery in February 2016, will replace the capacity of the two ships moving to Australia.

Kruse said Australia is ‘far away from overcapacity’ and believes the additional ships will increase the number of fly-cruise passengers from the US, Europe and Asia.

He said Carnival Australia’s ‘very professional’ ceo, Ann Sherry, had argued for the need to increase capacity Down Under and said, thanks to Sherry and her team, the P&O Australia product is a respected and profitable brand.

‘There is no reason to think growth cannot be sustained,’ he said, referring to CLIA Australasia’s forecast that Australia is well on the way to reaching 1m cruise passengers.

He said the two HAL ships currently travel the globe and could well be used for longer voyages to destinations like Asia.

The expansion of P&O Cruises Australia’s fleet follows the recent news that in 2015 Carnival Corp. will be the first global cruise company with four ships based in China. It also highlights its strategy to strengthen its position throughout the Asia-Pacific region, which includes Australia, and to realize the potential market growth.

Discussions have been under way with Arnold Donald, Carnival Corp.’s ceo, and chief operations officer Alan Buckelew on coordinating ship deployment, one aspect of the increasing collaboration within the group.

‘We are not going to dictate to any brand,’ Kruse said. However, he said, the company will avoid having the same product in the same port at the same time.

Details of the refurbishment of Ryndam and Statendam, homeporting arrangements and itineraries will be announced in the coming months.

Delivered in early 1993, Statendam began the four-ship Statendam series. It was followed by Maasdam in late 1993, Ryndam in late 1994 and Veendam in 1996. Apart from Prinsendam, built in 1988 as Royal Viking Sun, Statendam is HAL's oldest ship in service.