Two new main-stage shows for Ovation of the Seas 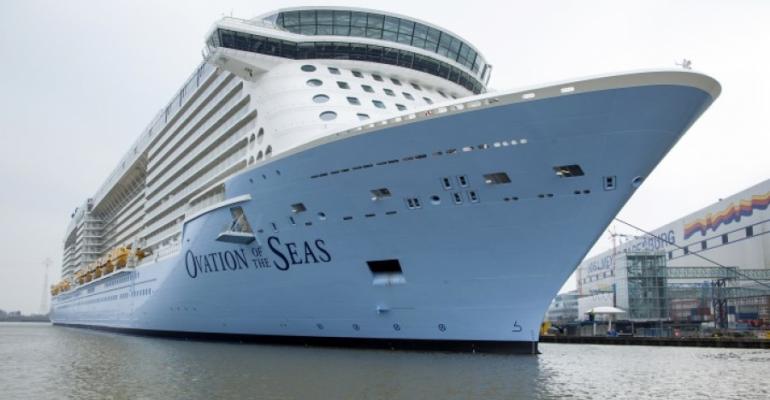 Headlining the main theater of Royal Caribbean International's new Ovation of the Seas will be two new productions. 'The Dream' follows a man whose departed soulmate comes to him in a dream to help him rediscover his passion for life. And 'Live. Love. Legs,' by the same creative team behind the popular 'Sequins & Feathers' on Quantum of the Seas, features aerial acrobatics, next-gen choreography and vocal performances that come straight from the Broadway stage.

Ovation of the Seas' technologically advanced Two70 lounge will present 'Spectra’s Cabaret,' an original production that debuted on Anthem of the Seas.

The ship also will feature fully produced late-night events and parties. In Music Hall, passengers can hear live music and dance until the wee hours or join parties like 'Groovy Town.' And Two70 hosts late-night themed parties such as 'Twist & Shout' and 'Fireworks Party,' along with the Roboshows that incorporate live performers and RoboScreen technology.

For families and younger cruisers, the ship will offer DreamWorks Animation's popular film characters. They'll appear at DreamWorks character breakfasts in the main dining room, impromptu ‘meet-and-greet’ experiences and for photo opportunities throughout the day. Additionally, the latest DreamWorks Animation films will air in Ovation of the Seas' movie theater and on the dedicated DreamWorks television channel in staterooms.

Ovation of the Seas is scheduled to debut in Southampton in April before heading to China to spend its inaugural season on sailings from Tianjin. Then, from December, the ship will operate in Australia for the southern summer.