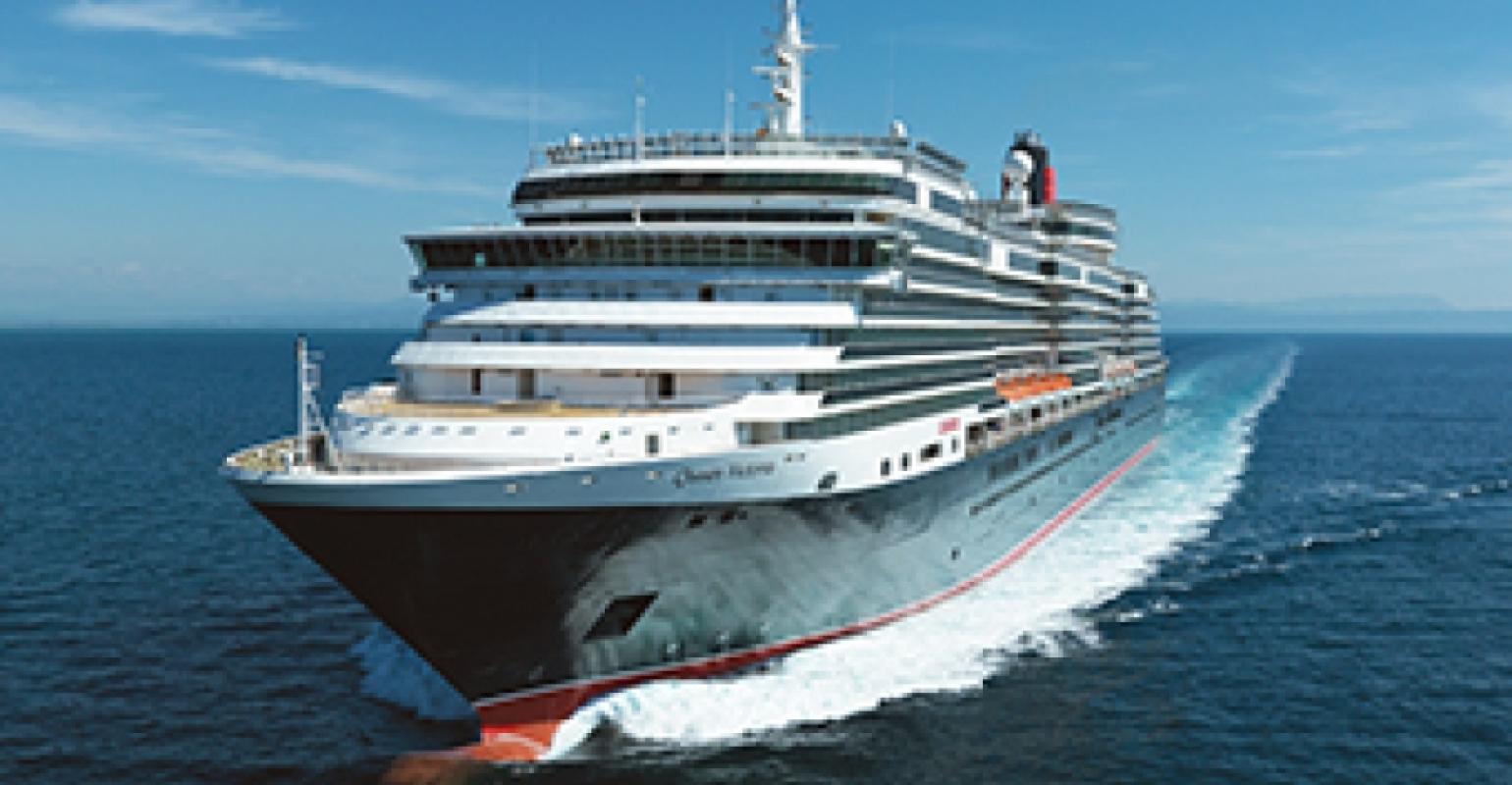 Queen Victoria’s scheduled drydock is being brought forward to January to replace a bearing on one of the ship's ABB Azipods, necessitating the cancellation of two cruises. The 12-day cruise to the Canary Islands on Jan. 3 and the five-day trip to Amsterdam and Cherbourg on Jan. 15 will be dropped.

The docking was moved forward from December 2015.

Cunard said the pod bearing has no impact on the ship's safety but it is timely to replace it prior to the world cruise, beginning Jan. 20.

Passengers on the canceled sailings who rebook for any cruises departing in the next two years will get a credit of $175 per person. Those who don't rebook will get a full refund.

In addition to replacing the bearing, Queen Victoria's January docking at Blohm+Voss in Hamburg will add exhaust gas scrubbers and nine single-occupancy cabins, as well as expanding the shops.

Following the success of Queen Elizabeth’s recent refit at the same yard, Queen Victoria’s makeover will create nine single staterooms for the first time on the ship, remodeled from part of the casino.

In addition, carpets will be renewed throughout; large flat-screen televisions, mostly 32 inches or larger, will be installed in all staterooms; and in the ship’s informal Lido restaurant, waiters will in the future serve hot drinks at all meals.

As on Queen Elizabeth, sun awnings will be erected on the open area near the stern Lido pool and on both sides of the Grills Upper Terrace area near the top of the ship to offer more shade on deck.

The shoping area's footprint will increase significantly. New fine jewelry and watch shops are opening and the layout, lighting and overall shopping experience is being enhanced.

On the technical front, scrubber technology is being installed to match that now aboard Queen Elizabeth.