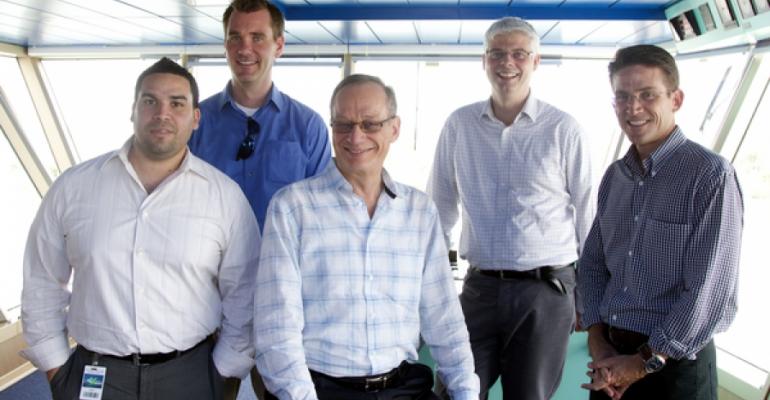 'I looked around [for a replacement] but there are two strong guys on my team who can start to develop into stronger roles in the company,' Carlos Torres de Navarra, vp commercial port operations, told Seatrade Insider.

Estrada, manager of commercial port operations, will take on the operational aspect of Buis' job and be responsible for getting all the ships in and out of port on time. A 10-year Carnival veteran who has worked his way up through the ranks, Estrada continues to be in charge of worldwide berthing.

'He's an important guy in our company and I felt it was important to recognize that,' Torres de Navarra said. 'He works hard.'

Mes, hired to manage the busy Long Beach Cruise Terminal two years ago after Buis moved to the port operations role in Miami, will add the commercial part of Buis' job to his tasks.

'He really knows the stevedoring business, is familiar with shore power operations and the commercial aspect of operations. Here's a guy I think could develop on the commercial side,' Torres de Navarra said.

Both Estrada and Mes now report directly to him.

Carnival is seeking somebody Estrada can train in the worldwide berthing duties who also can support the department in analytics and budgeting. The ideal candidate may be someone in accounting who wants to develop into the operational area.

Companies can always recruit people from outside who bring fresh perspectives, Torres de Navarra said, and Carnival has done a lot of that in recent years. But he thinks it's also vital to cultivate talent from within.

'I'm trying to identify people internally who are ready for the next step in their careers,' he said.