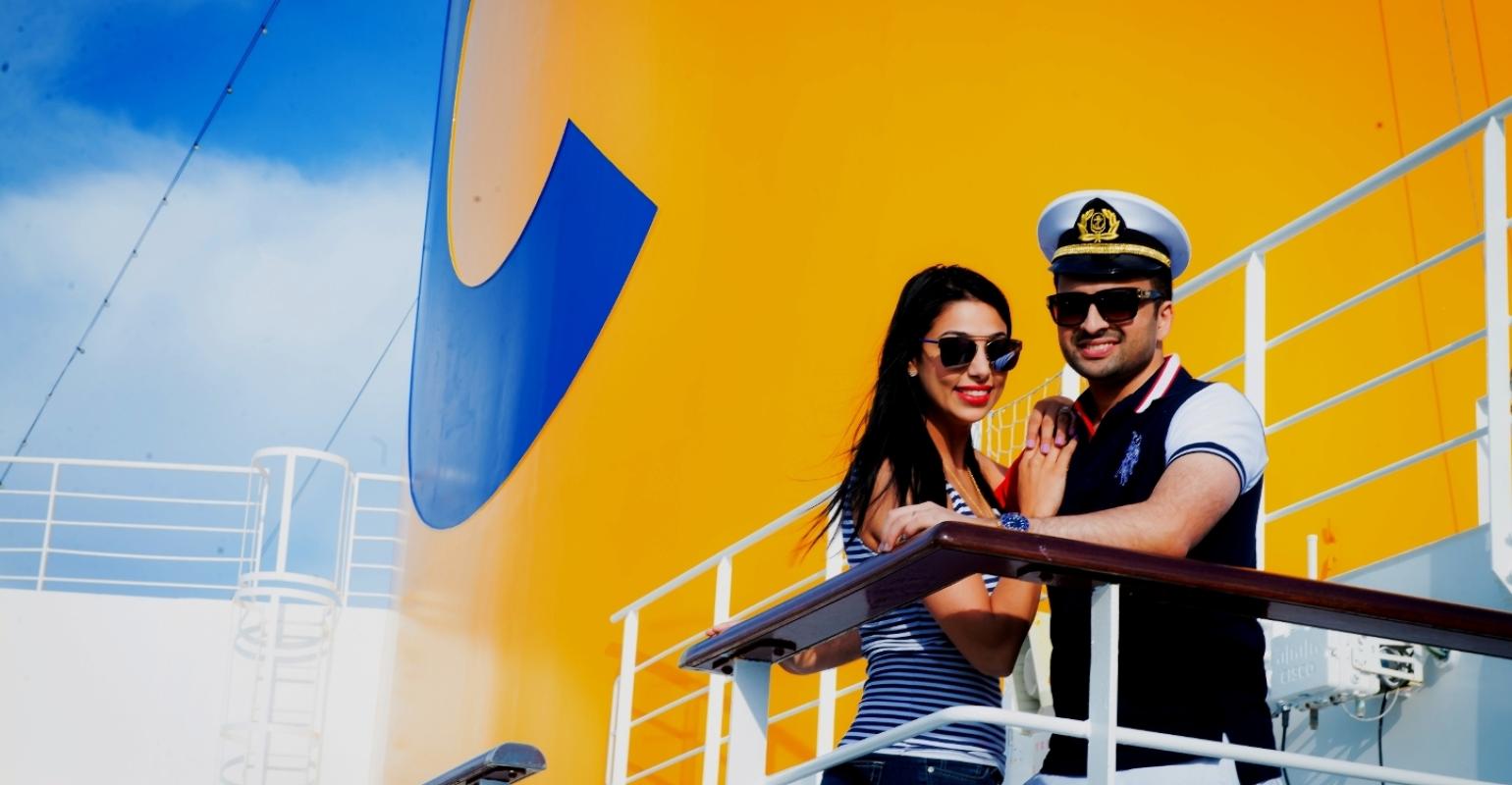 Over 1,000 guests, among them numerous Bollywood stars, will celebrate on board between April 5-9, during a Mediterranean cruise which will touch Italy, Spain and France.

Four days of festivities, executed by India’s leading wedding planners, Wedniksha, will bring together over 1,000 guests, including show business stars and personalities primarily from India and the United Arab Emirates.

Costa Fascinosa will set sail from Genoa on April 5 with the bridal couple, their families and a staff specially selected for the occasion on board.

The voyage will call in Barcelona(6th), Marseilles(7th) and then onto Cannes, where, on board the ship anchored in the bay, the marriage will be celebrated. The cruise will end on April 9 at Savona.

The cruise programme includes themed parties, gala dinners and shows by special guests. The wedding itself will follow the traditional Indian rites in an updated style on board the ship.

The Sangeet, planned for April 7, is the traditional party the day before the wedding in honour of both the bride and groom and will be hold in the theatre.

On April 8, the wedding day, the groom, accompanied by family and friends, will parade across the outer decks of the ship to reach his bride, waiting for him on the upper deck, followed by a gala dinner on the pool deck, with shows, music and dances.

60 chefs on board, chosen by the Sajan family will prepare all the food. The wedding cake will be made by Costa Cruises’ corporate chef, Fabio Cucchelli.

Stars on-board for the occasion include Bollywood star Gauhar Khan, Shilpa and Shamita Shetty, Dia Mirza, the rapper Badshah, the Meet Bros and Vishal-Shekhar, authors of songs that have also been used as famous Bollywood film soundtracks.

‘In our recent history, this is the first time a whole ship has been exclusively booked by a private individual for a family celebration. We are truly delighted and honoured that the Sajan family has chosen Costa Cruises and we will do our utmost to make this a truly unforgettable wedding,’ commented Neil Palomba president of Costa Cruises.

Rizwan Sajan appears in the Forbes Middle East ranking as one of the most powerful Indians in the Emirates and held the twelfth place, in 2016.