UBS: 2015 Caribbean capacity is lower—but not that much 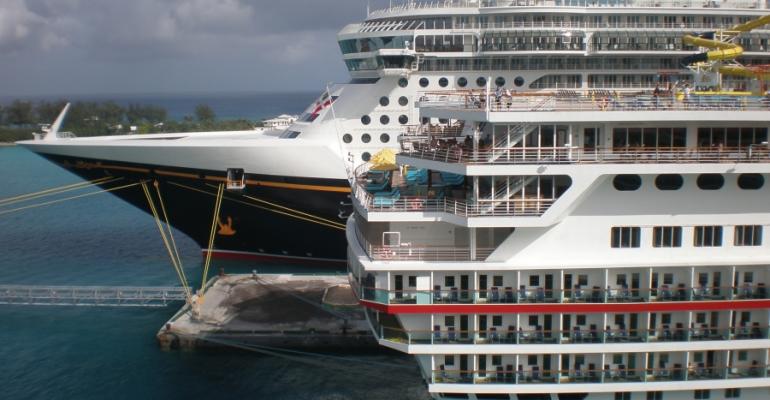 The good news for cruise investors is that Caribbean capacity is down in 2015. The bad news is that it's not down as much as many are anticipating, UBS Investment Research said in a note that also outlined the varied exposures of the Big Three operators.

Farley noted ships leaving the North American market in Q2 and Q3 will disperse with, for example, Carnival Legend going to Australia, Quantum of the Seas to China and MSC Divina to the Mediterranean—not clustering in some other region.

Both Royal Caribbean and Norwegian Cruise Line expect double-digit yield increases in Europe during the current Q3, and Farley told analysts the industry will not be adding many berths there in 2015 'so Europe is not setting up to see a supply glut.'

Asia, she added, will have the biggest spike in 2015 from the three largest cruise operators. UBS in previous research espoused the view that long term, China has the potential to draw ships from more mature markets, which could drive up pricing in existing markets.

In analyzing the impact on each major operator, the brokerage pointed out Norwegian—despite growing at a faster rate than Royal and Carnival—will have an 18-month gap from the delivery of Norwegian Getaway until Norwegian Escape. As a result, its Caribbean capacity growth will be 'flattish' and, with some deployment shifts, the mix will be down to 45% from 48%. So while Norwegian has the biggest Caribbean exposure, it will also have the biggest reduction, important to year-over-year yield changes.

'But when we look at Bermuda and Caribbean on a combined basis, NCLH still has the largest exposure at 54% versus RCL's 45% and CCL's 34%. And although Caribbean and Bermuda combined for NCLH is down roughly 200 basis points from 2014 levels as a percentage of total deployments, with NCLH's capacity increase overall, that means NCLH will grow Caribbean/Bermuda inventory 1.2% next year,' Farley said.

Other deployment tweaks add a small amount of capacity to Alaska and Europe, while Hawaii supply remains unchanged, and UBS believes that is the highest ticket price of the major itineraries.

The lull in Norwegian ship deliveries gives Royal Caribbean the highest overall capacity increase in 2015, 7%, and the highest Caribbean increase at 1.9%, the brokerage said. The Caribbean growth is due to the innovative Quantum of the Seas, in the first half.

Despite that, Royal's Caribbean capacity increase is still lower as a share of company-wide mix at 44% in 2015, down from 46%. Including Bermuda, UBS put RCL at a 200 basis points lower mix for the Caribbean and Bermuda combined, but a 1.7% increase in capacity days overall in those trades.

Overall, Royal has the biggest decline in Caribbean/Bermuda as a percentage of mix.

The company's biggest capacity addition will be in Asia, with Quantum halfway through the year, a 35% capacity jump, to bring the region's total mix for Royal to 16% next year, up from 12% now. The company is also growing in Europe, up 9% in capacity days, but as a share of mix, Farley said, Europe is only up 55 basis points for RCL after a decline of 469 bp this year, so it is still below the 26% of mix that it was in 2013, at 22% for 2015.

Carnival has the lowest overall growth rate next year, 2.4%, and both Caribbean and Mediterranean capacity will go down. The increase is in 'other' itineraries such as Asia, Australia/New Zealand, and trans-Atlantic and trans-Canal cruises.

Including Bermuda, Carnival's slight decline in Caribbean inventory, 1%, means it will make up 34% of cruise days next year, down from 35%. Of the Big Three, Carnival is the only one to reduce its absolute amount of capacity in the Caribbean next year, not just as a percentage of mix, UBS said.