Uniformity may be behind new US stance on cruises to nowhere 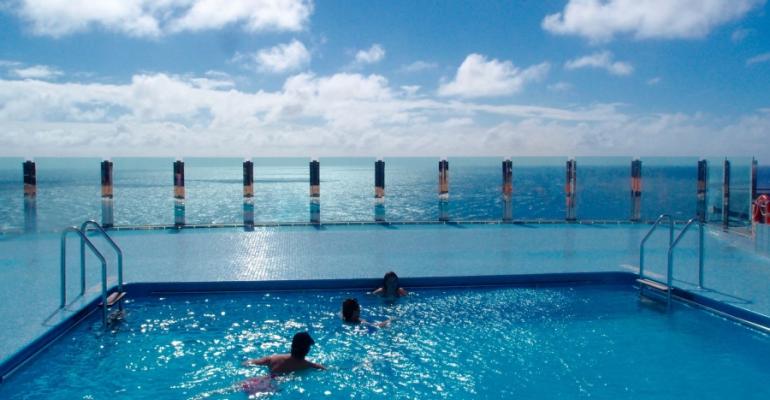 Exemptions for cruises to nowhere used to be granted on a case by case basis (Photo: Anne Kalosh)

Revenue cruises to nowhere from US ports on foreign-flag ships are coming to an end. Traditionally such short sailings have been granted exemptions on a case by case basis at the discretion of US Customs and Border Protection's district field offices. Now it appears CBP has decided to adopt a uniform stance and disallow them starting in 2016.

For years foreign-flag ships have been approved for coastwise cruises as long as the vessel entered international waters.

However, in 2013, in connection with Bimini Superfast's cruises to nowhere, CBP's Miami office determined those could not lawfully operate because the crew, who hold D1 visas, were not entering a foreign port, in violation of the Immigration and Nationality Act.

At the time CBP's director of field operations in Miami, Vernon Foret, said the D1 crew were in compliance on international cruises to and from the Bahamas but their visa status did not allow the ship to operate a separate cruise to nowhere.

Bimini Superfast did not submit a manifest nor were its employees or passengers inspected when the vessel returned from a cruise to nowhere because Resorts World Bimini's position was that the ship and its crew were not 'arriving' in the US since they did not depart the US, Foret said. From that he deduced Resorts World's own position was that the cruise to nowhere was a domestic movement, making the use of D1 crew unlawful.

The ship was allowed to continue its cruises to the Bahamas using D1 crew but if it wished to offer cruises to nowhere, CBP ruled the alien crew must be replaced with US citizens or lawful permanent residents.

When Resorts World's appeal of the decision was denied, the company took its case to the US District Court for the District of Columbia, citing numerous CBP rulings over decades based not on the Immigration law but on the Passenger Vessel Services Act. These had permitted non-coastwise-qualified vessels—non-US-flag vessels employing foreign crew—to operate cruises to nowhere so long as the ship entered international waters.

Resorts World lost the case. The District Court decided an agency is free to interpret its regulations and if it wants to change enforcement policy, it can.

Now it appears CBP is adopting a consistent position on cruises to nowhere and disallowing them—at least, those that are revenue sailings—starting in 2016.

Mini-cruises on the new Carnival Vista and Norwegian Breakaway from New York next year, and on Carnival Sunshine from Norfolk, Virginia, recently have been canceled.

On Friday Seatrade Cruise News was not able to confirm if the Bimini Superfast decision had any bearing on CBP's new policy.