US to overtake Germany as top river source market, Chinese may get tailored ships 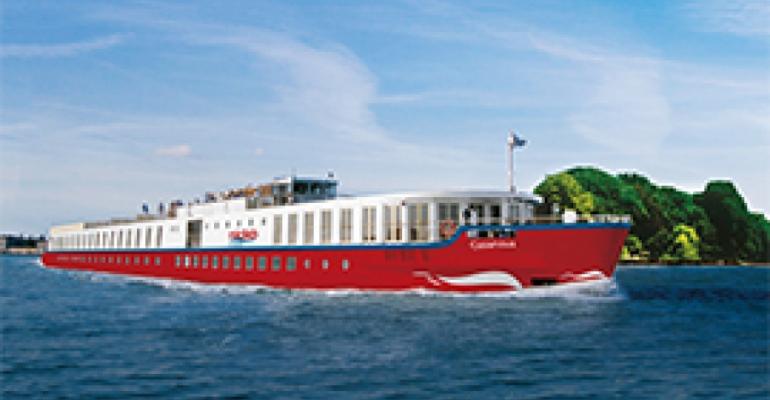 New nicko cruises owner Mystic Invest pledges end to aggressive pricing. Nicko's Casanova is pictured (Photo: nicko cruises Flußreisen)
The US and Canada are projected to take over from Germany as the top source market for river cruising in Europe, industry experts said at Seatrade Europe's River Cruise Session in Hamburg on Wednesday. Moreover, Chinese travelers may soon become an important customer group, although their needs might require the deployment of specifically targeted ships.

IG RiverCruise md Helge Grammerstorf said Germans still made up 34.7% of the European river cruise market in 2014, followed by the US and Canada, with 31.8%. The UK had a 12.8% share. Chinese river cruisers are at the moment still rare and comprise a 2.4% sliver together with a couple other nationalities.

Operators on the panel, though, agreed this share may soon increase—'and if the Chinese market evolves, this will happen extremely fast,' Grammerstorf predicted.

Wolfgang Lüftner, owner and ceo of premium segment operator Lüftner Cruises, confirmed he is already carrying Chinese passengers. DouroAzul president ceo Mario Ferreira said his company is preparing to develop the Douro River region to accommodate travelers from the Far East. The needs of Chinese guests may make it necessary to deploy ships especially for them, he added.

Recently the US-Canada market has been the main driver of Europe's river cruising industry which recorded 1.134m passengers last year, up almost 33% from 2013. The Seatrade Europe panel agreed the North American market will continue expanding and is likely to take over from Germany as the top source market, though it's not clear when that may happen.

In line with Europe's sea-going cruise industry, the river sector operators aim to avoid the price wars of recent years and to develop on a stable pricing strategy.

Following the takeover, Ferreira restructured nicko's activities under the newly established nicko cruises Flußreisen, which assumes the main assets and most employees of its predecessor. The 'new' nicko will continue operations with a streamlined shoreside organisation.

Prior to its insolvency, nicko had launched aggressive pricing targeting Germans. This impacted the whole market. In 2014, the average fare for a river cruise on the German market fell by almost 7%.

Ferreira took the opportunity of the Seatrade Europe forum to stress such a tactic is not going to be repeated.