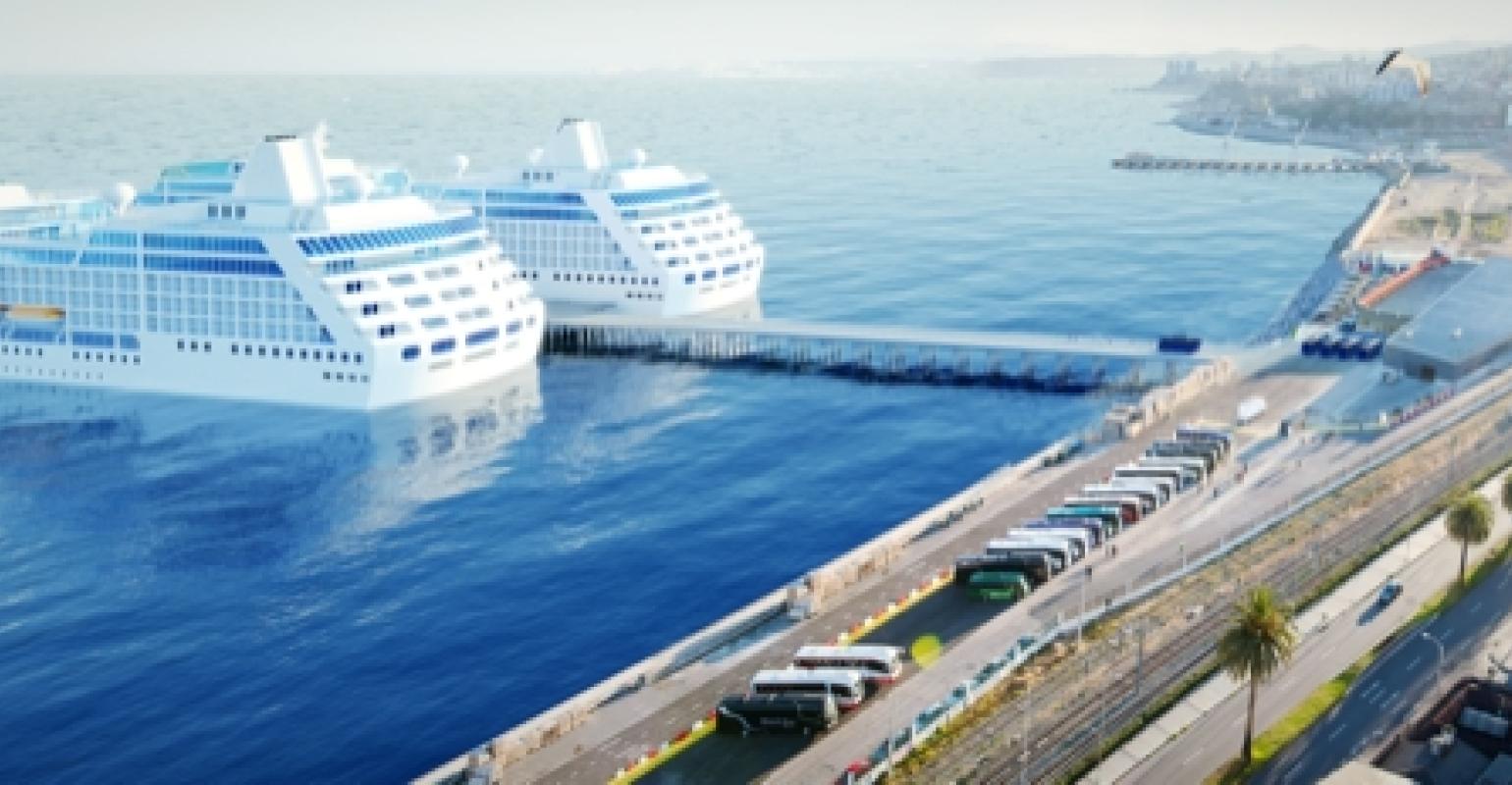 Proposed cruise pier could handle a pair of 300-meter ships simultaneously
The Port Company of Valparaíso (EPV) in Chile has approved the modification of its master plan to include the construction of a pier where cruise ships would get priority access.

The $30m pier was proposed in December by Agencias Universales SA (Agunsa), which operates Valparaíso Passenger Terminal. Agunsa came up with the solution after Valparaíso's cruise calls dropped off due to berthing conflicts with the cargo business.

The pier, designed in conjunction with the Dutch engineering firm Royal HaskoningDHV, would be able to handle a pair of 300-meter ships simultaneously, with the possibility to expand for bigger vessels in future. It would be located adjacent to the Valparaíso Passenger Terminal.

'The approval of this project means Valparaíso can look to the future with optimism following the harsh contingency we faced during the 2017/18 cruise season, which caused tremendous damage to the city and its population,' Juan Esteban Bilbao, general manager of Valparaíso Passenger Terminal, told local media.

Following the approval, EPV will move forward with the studies necessary for the pier's design and permitting.

Agunsa and Chilean officials have been in talks with Panama about developing and promoting Pacific cruise itineraries that would also benefit the new cruise terminal under construction at Amador near Panama City. Agunsa has expressed interest in operating that facility. It also manages Ecuador's Manta port, where a new cruise terminal is being built.

In an earlier positive step for Valparaíso, last August EPV reached an agreement with unions that pledged to put an end to delays and disruptions in the service of cruise ships.

The berthing and labor issues resulted in an increasing number of cruise operators switching their calls to nearby San Antonio's Puerto Central.