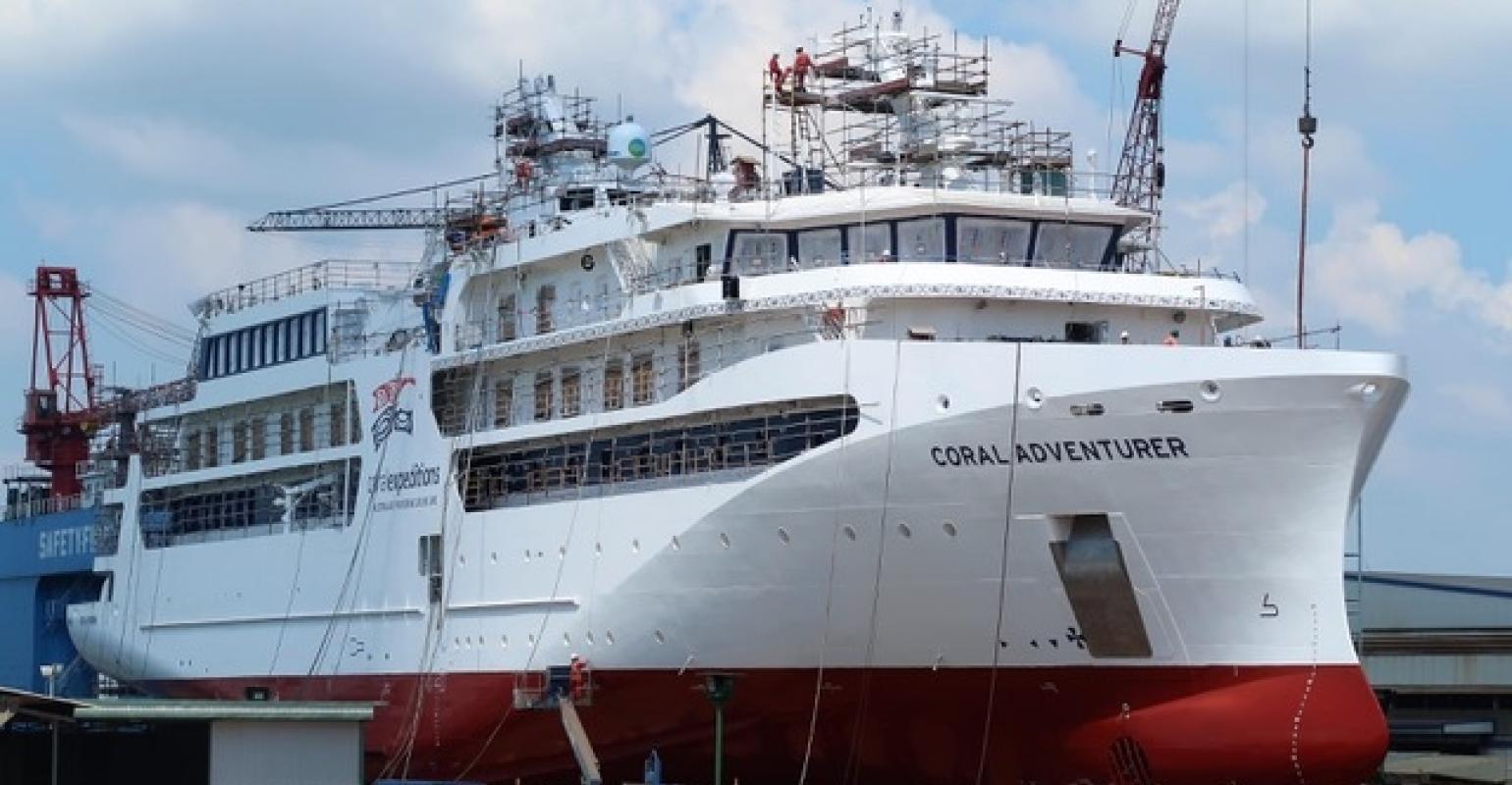 Coral Adventurer is on track for her sold-out maiden voyage next April
More than 200 staff who have been working on the construction of Coral Expeditions’ new flagship, Coral Adventurer, at the Vard Vung Tau shipyard in Vietnam, celebrated her float out.

Also in the crowd were the specialists responsible for the interior furnishings, including the wood panelling and staterooms and public areas.
It took two days to relocate the 120-passenger vessel from the yard, a subsidiary of Italy’s Fincantieri, to the floating dock, causing high excitement, according to gm Mark Fifield.
‘To date, construction has involved expertise from across the world, involving more than 800 workers,’ Fifield said.

On track for April's maiden voyage

He said Coral Adventurer is firmly on track for her sold-out maiden voyage in April next year.
As previously reported, the Australian-flag ship will make a maiden 18-night voyage from Singapore to Darwin on April 24, 2019.
From May until October she will cruise the Kimberley between Darwin and Broome. Afterwards she will sail new itineraries in Indonesia and Papua New Guinea.
Cairns-based Coral Expeditions, which has a strong representation in the United Kingdom and the United States, is currently hiking its sales efforts in Germany and the Nordic countries.
Copyright © 2021. All rights reserved.  Seatrade, a trading name of Informa Markets (UK) Limited.
0 comments
Hide comments
Related