Variety is at the forefront of Var’s cruise aspirations 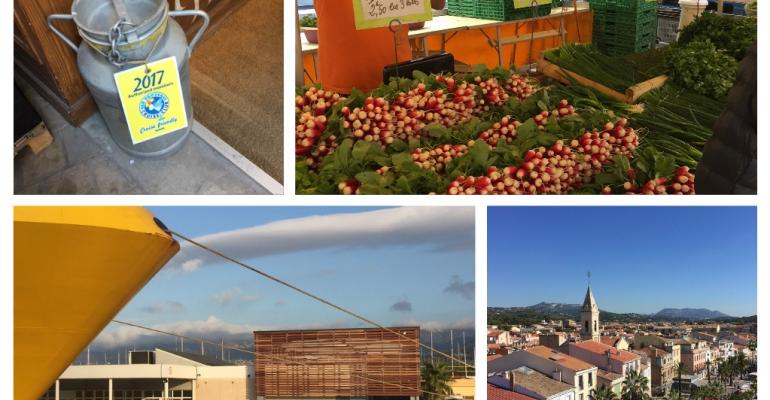 The Var-Provence area comprises a dozen or so cruise ports, gateways to both Provence and the French Riviera and including Saint-Cyr, Bandol, Sanary, Les Embiez island, The Ports of Toulon Bay (Toulon/La Seyne), Hyères, Porquerolles Island, Le Lavandou, Cavalaire, Saint-Tropez, Fréjus and Saint-Raphaël.

Around 160 members of MedCruise and 14 cruise line executives from Carnival Corp, Costa, Holland America Group, Ponant, Pullmantur, Royal Caribbean, Silversea, TUI Cruises, Virgin Voyages and Windstar had the chance to see and sample some of the local tourist attractions last week as Toulon hosted the 51st General Assembly between October 11-14.

The Var Chamber of Commerce and Industry – manager of the Ports of Toulon Bay – has made significant investment in developing infrastructure able to accommodate larger (up to Liberty-class) cruise ships.

2016 was a turning point with the inauguration of a new cruise terminal at La Seyne-sur-Mer and renovation works at Toulon City-Centre’s cruise terminal. But it’s not stopping there according to Jerome Giraud, md of Ports of Toulon Bay. ‘There are plans to add a 420mtr long berth close to the centre so we can handle any size ship,’ he told Seatrade Cruise News.

110 calls are expected this year. Toulon offers high security standards due to the French Navy Base located in the sheltered bay.

The South of France destination launched a hospitality cruise label  - Cruise Friendly– a few years ago which pools local shop owners, tourism, leisure and culture providers to aim for the same goal:  to deliver the best experience ashore so the cruise visitors can keep an unforgettable memory of their day in Toulon.

The innitiative, started in 2013 with 50 partners, has grown to more than 140 partners and is also running in excursion locations in the area, such as Bormes les Mimosas and Le Castellet, says Delphine Beudin, head of cruise business development Ports of Toulon Bay.

New shore excursions – such as the tour of Toulon Opera House or the pointu-boat trip (typical fishing boat) – are exclusively dedicated to groups of cruise guests.

A trip to Mount Faron by cable car affords a spectacular view of the bay and also entry to the newly restored Memorial Museum to the liberation of Provence during World War 2.

Another popular tour is the racing circuit of Le Castellet which has been chosen as the venue for the Formula 1 French Grand Prix in June 2018.

The numerous small towns and villages dotted along the Var coast are increasingly attracting cruise traffic.

Last year saw a record 278 calls, 362,479 passengers and 32 different cruise lines visited the ports of Var-Provence. Smaller ports such as Sanary-sur-Mer, Bandol and Saint-Raphaël are emerging while Fréjus and Cavalaire accommodated their first cruise ships in 2017.

The focus on authentic local experiences includes the creation of Arts and Heritage walking tours at Hyères, Le Lavandou or Bormes-les-Mimosas. The idea is to meet local artists, craftsmen, producers, and inhabitants to share with them their savoir-faire, while experiencing the Provencal way of life, says Anne-Marie Blum, Var Provence Cruise Club manager.