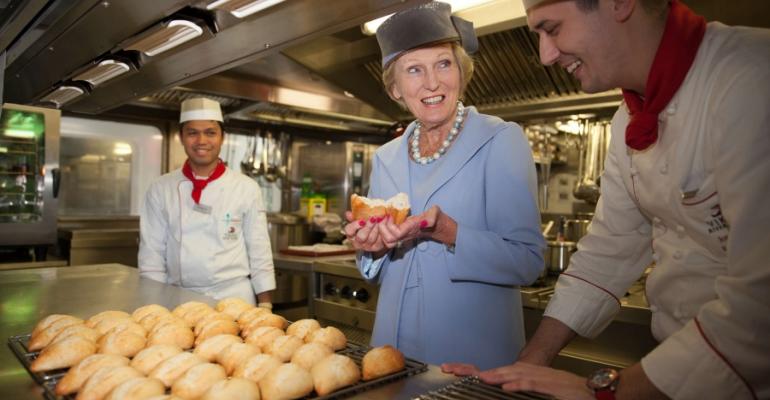 Viking Cruises signed on as a sponsor of 'The Great British Baking Show,' which recently premiered on PBS stations in the US. The new deal extends Viking’s presence on PBS beyond its highly visible partnership with MASTERPIECE, which includes the Emmy Award-winning series 'Downton Abbey' and 'Sherlock.'

Similar to its MASTERPIECE sponsorship, Viking's commercials will bookend each episode of 'The Great British Baking Show,' airing on Sundays at 8 p.m. in January and February. Viking will also leverage recipes from the show across its marketing channels.

Already a hit series in the UK, 'The Great British Baking Show' follows the trials and tribulations of passionate amateur bakers whose goal is to be named the UK’s best. Each week, the bakers tackle a different skill, with the difficulty increasing as the competition unfolds.

Mary Berry, a leading cookbook writer, and Paul Hollywood, a top artisan baker, serve as judges. Together with hosts and comic foils Sue Perkins and Mel Giedroyc, Berry and Hollywood search for the country’s best amateur baker by testing the competitors’ skills on cakes, breads, pastries and desserts, crowning a winner after 10 weeks of competition.

'We have enjoyed an incredibly successful partnership with MASTERPIECE and PBS over the last four years largely because our audiences value the same types of enriching entertainment and life experiences,' said Richard Marnell, svp marketing for Viking Cruises. 'Our guests are often interested in the intrinsic connection between food and travel, which makes "The Great British Baking Show" a particularly good fit for our brand. Of course we are also proud to support Mary Berry, godmother to our new Viking Longship Alsvin.'

In March 2014, Viking set a world record for christening 18 vessels across four countries in five days. Each was named by a prominent godmother.

'After spending some time on board Viking Alsvin, I can see why people are so taken with river cruising,' Berry said.

This year Viking will launch more river vessels and will introduce two new itineraries on the Rhine River. Additionally, the company’s first ocean ship, the 930-passenger Viking Star, is nearing completion and will set sail in April.