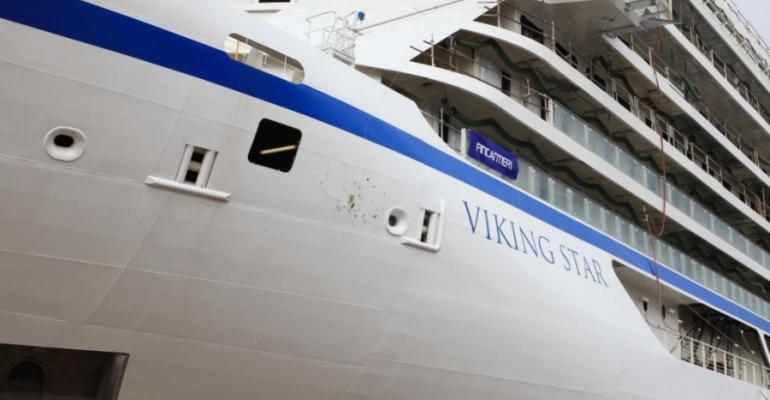 Viking Star, launched ahead of schedule

Viking Star, the first of three ocean-going cruise vessels Fincantieri is building for Viking Cruises, was launched at Marghera shipyard in Venice Monday, around 20 days ahead of the previously announced mid-July date.

The 47,800gt ship is scheduled for delivery in March 2015, and the naming ceremony is planned for May 17 in Bergen, timed to Norway's national day.

Attending the launch ceremony was Torstein Hagen, founder and chairman of Viking Cruises, while Fincantieri was represented, among others, by Antonio Quintano, the yard manager.

Fincantieri has already started work on Viking Sea and Viking Sky, the second and third ships in the series, which will be handed over at the builder’s Marghera and Ancona yards, respectively, in spring and summer 2016.

Designed by SMC Design of London, with Rottet Studio in Los Angeles engaged for the interiors, Viking Star features 465 cabins and accommodation for 930 passengers.