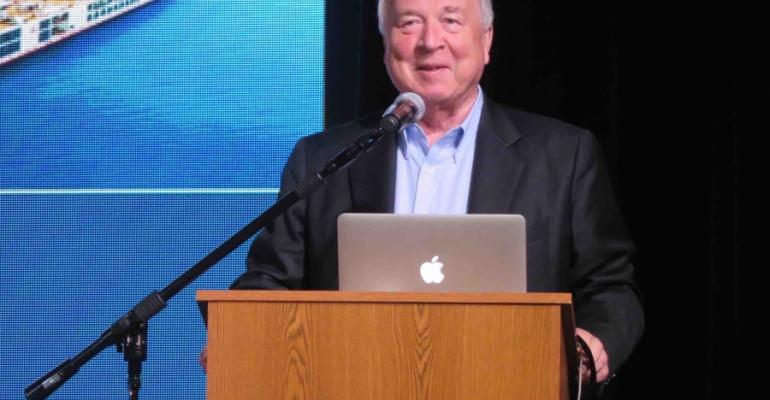 A couple Viking River Cruises Longships in Europe are going to be dedicated to the Mandarin-speaking market from mainland China, Torstein Hagen revealed Saturday.

One Longship will sail a 10-night Rhine program between Amsterdam and Basel, starting Nov. 10. In 2017, a Longship plying the Danube will be dedicated to Chinese travelers.

On both vessels, all hotel crew will be Mandarin-speakers, all signage will be in Mandarin—down to the labeling of the toiletries, and the cuisine is designed by a judge of 'Master Chef China.' Viking is hiring chefs to prepare regional cuisine such as Szechuan and Cantonese, and a fusion menu by a French-trained Michelin-star chef will offer such dishes as beef with spicy Szechuan sauce.

All ground programs will be organized by Viking and each Longship will have eight Mandarin guides assigned to groups of 25 passengers.

The goal—true to Viking's 'Exploring the world in comfort' motto—is that someone from China can explore Europe in comfort, without worrying about what Viking research showed are the top three concerns among Chinese travelers: language, transportation and food/service.

'This will be a trendsetter,' Dash predicted.

The Rhine program will be bookended with an overnight on board in Amsterdam and three days on board in Basel where tours will operate to destinations including Lake Lucerne. When the ship is in Strasbourg, passengers can take the TGV high-speed train to Paris.

Some spectacular extras will be available, too—for example, a private jet to travel anywhere within Europe for the day at a cost of $30,000.

There's a lot more to the plans, but Viking isn't ready to share further details at this point.

Hagen stressed that Viking River's North American business and Chinese business will not be mingled. The majority of the fleet will continue to provide a product catering to English-speakers. The company's European river cruises carry 88% North Americans, 10% Britons and 2% Australians.

Viking has expanded on the rivers at a fast clip, with a growth rate averaging 22.6% a year from 2004 to 2015, far ahead of the industry (including Viking) 13.6% growth each year during the same period.

The company now fields 59 river vessels and, following several years of record-setting ship introductions, will be putting just two Longships into service in 2017.

'This year has been a bit slow, so that's why,' Hagen said aboard ocean ship Viking Star over the weekend. He blamed the soft demand for Americans booking Europe cruises on terrorism and the US elections.

'I think when the [new] year starts, things will turn around,' he said.