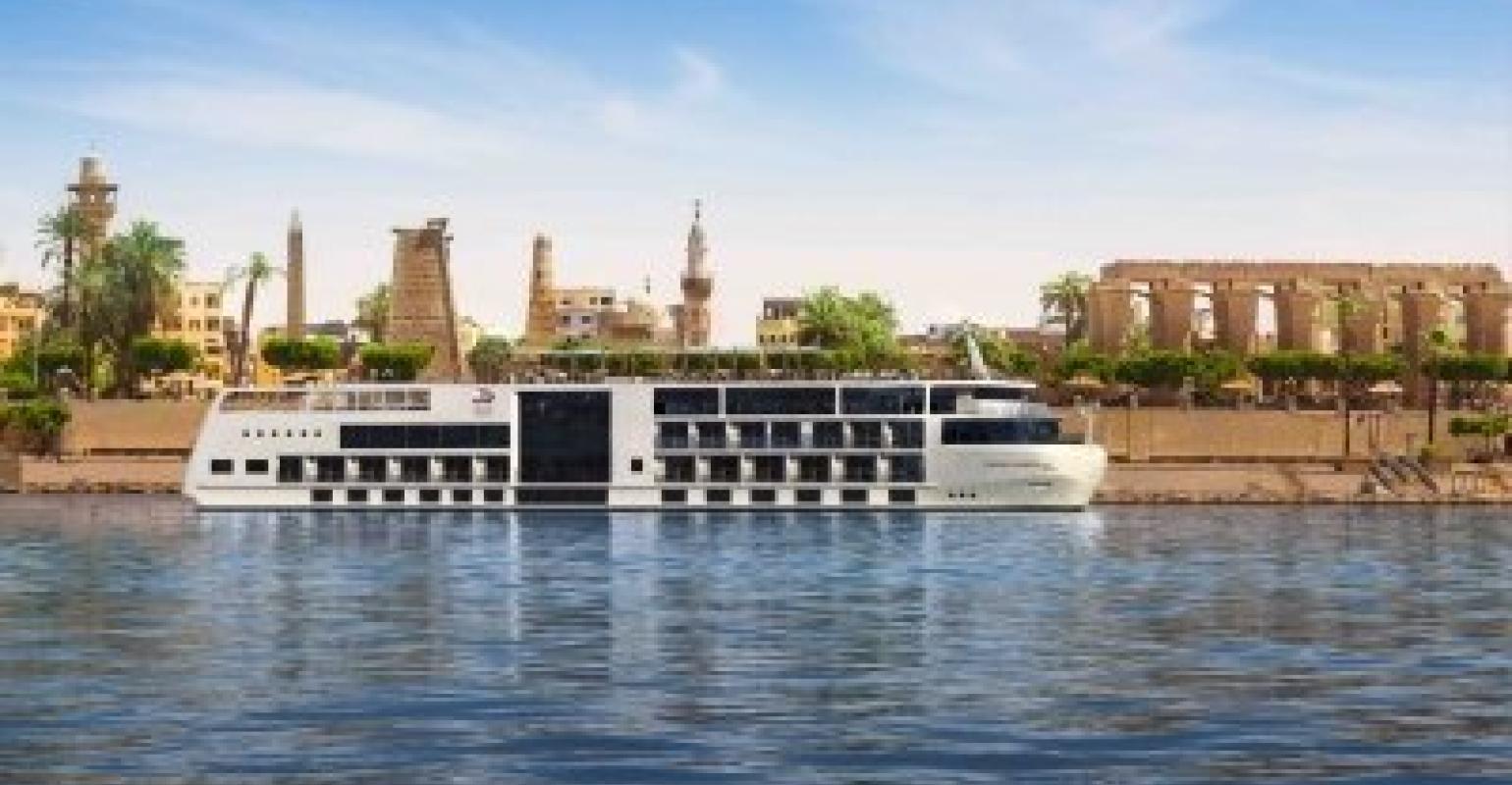 The 82-passenger Viking Osiris is being built by Viking Cruises and will join its Viking Ra on the Nile RENDERING: Viking Cruises

Viking Cruises will expand its Egypt program in 2020 with a new vessel, Viking Osiris, and two new pre-cruise extensions in London, both focused on Egyptology.

Viking Osiris is under construction and will double the company’s owned capacity in Egypt when it debuts in September next year. Viking claims to be the only Western company to build, own and operate boats on the Nile.

Two new five-day extensions to the 'Pharaohs & Pyramids' itinerary will provide Viking's 'Privileged Access' to archives and exhibits in London and Oxford that are not normally accessible to the public.

Hosting 82 passengers in 41 staterooms, Viking Osiris will have the clean, elegant Scandinavian design for which Viking is known. It offers the line's trademark Aquavit Terrace for indoor/outdoor dining and lounging, a pool, restaurant and lounge with bar.

Building on the success of the 'Oxford & Highclere Castle' program — Viking’s highest-rated extension that visits 'The Real Downton Abbey' — the company has applied the same degree of privileged access to two new curated programs that retrace the steps of famed Egyptologist Howard Carter and his benefactor, the 5th Earl of Carnarvon.

Participants in the five-day 'British Collections of Ancient Egypt' extension will meet their Viking tour director, an expert Egyptologist, in London for privileged access to two museums. First, a private, early morning visit to the Egyptian Collection at the British Museum before it opens to the general public, then a visit to the home and personal museum of world-renowned architect Sir John Soane. There, the tour will be illuminated by candlelight, a reenactment of how Soane entertained guests and showcased his collection of Egyptian antiquities, including a 3,000-year-old sarcophagus.

Participants will also visit London’s Petrie Museum, which houses more than 80,000 artifacts from ancient Egypt and Sudan. In Oxford, the itinerary features the Ashmolean Museum, one of the oldest in the world, and home to a varied collection of Egyptian mummies and art, and go behind the scenes at Oxford University’s Griffith Institute, where they will get a privileged access visit to Carter’s archives, which detail the discovery of Tutankhamun’s tomb.

Participants also have the opportunity to visit Highclere Castle, the country seat of the Earl and Countess of Carnarvon, to view the earl’s collection of Egyptian artifacts.

Through April 2020, travelers can opt for the new five-day 'King Tut & the UK’s Egyptian Collections' extension, which also includes an opportunity to visit 'Tutankhamun: Treasures of the Golden Pharaoh,' a special exhibition at London’s Saatchi Gallery that is presented by Viking.

During the 12-day 'Pharaohs & Pyramids' itinerary, travelers experience Egypt’s cultural treasures in seven destinations. The cruise-tour begins with a three-night stay at a first-class hotel in Cairo, where tours visit iconic sites such as the Great Pyramids of Giza, the necropolis of Sakkara and the Mosque of Muhammad Ali.

Travelers then fly to Luxor to visit the Temples of Luxor and Karnak before boarding a Viking vessel for an eight-day round-trip Nile cruise, featuring privileged access to the tomb of Nefertari in the Valley of the Queens, and excursions to the Temple of Khnum in Esna, the Dendera Temple complex in Qena, the temples at Abu Simbel and the High Dam in Aswan. A visit to a Nubian village includes a stop at a traditional elementary school. The journey ends with a flight back to Cairo for a final night in the city.

From now through May 31, 2019, US residents can take advantage of Viking’s 'Explorers’ Sale,' featuring up-to-free airfare, a new two-for-one deposit and bonus savings on all 2020 river cruises.